BOARD BILL NO. 97 INTRODUCED BY ALDERMAN JOE VACCARO An ordinance amending Ordinance 68536 §7, and permitting the seamless transfer of a liquor license between a company selling their business and the company purchasing the business.

BOARD BILL NO. 119 INTRODUCED BY JOHN COLLINS MUHAMMAD An ordinance approving the allocation of $215,000.00 from the City Emergency Management Fund Agency (CEMA) for workforce development and employment to out-of-work residents in the City of St. Louis.

BOARD BILL NO. 124 INTRODUCED BY ALDERMAN BRANDON BOSLEY An ordinance repealing Ordinance 6900 pertaining to the issuance of any package or drink liquor licenses for premises within the boundaries of the Third Ward Liquor Control District and in lieu thereof containing the following supplementary exemptions: renewal of an existing license and the establishment of an Entertainment District; and containing an emergency clause.

BOARD BILL NO. 125 INTRODUCED BY ALDERWOMAN PAMELA BOYD An ordinance repealing Ordinance 70573 and in lieu thereof enacting a new ordinance prohibiting the issuance of any package or drink liquor licenses for any currently non-licensed premises within the boundaries of the Twenty-Seventh Ward Liquor Control District, as established herein, for a period of three years from the effective date hereof; containing exceptions and allowing, during the moratorium period, for the transfer of existing licenses, under certain circumstances, the issuance of a drink license to non-profit corporations at currently non-licensed premises, the issuance of a drink license to persons operating a restaurant at a previously non-licensed premises; and containing an emergency clause.

BOARD BILL NO. 128 SPONSORED BY ALDERMAN JOE VACCARO An Ordinance establishing a Detention Facility Advisory Commission that shall receive public complaints regarding the City of St. Louis Justice Center and Medium Security Institution detention facilities and shall, at its discretion, review and investigate such complaints as well as patterns of issues and systemic concerns the City’s detention facilities and their operation it has identified and where the Commission deems appropriate, make recommendations to the Department of Public Safety, the Board of Aldermen, and Mayor with respect to Corrections Division policy and procedure, training, infrastructure, care and treatment of detainees, and other areas related to detention facilities and their operations. 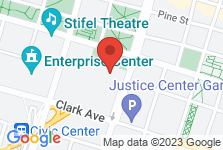