Legislation Committee Meeting - No Public Testimony to be heard.

Notice: St. Louis City officials recommend that residents follow CDC guidance for COVID-19 safety. Current CDC guidance states that when transmission levels are high, people should avoid large events and gatherings when possible, and use masks and social distancing in public. Please use a virtual meeting option if you can. See the CDC website for more information on COVID-19 prevention.

Legislation Committee Meeting - No Public Testimony to be heard.

BOARD BILL NUMBER 180 INTRODUCED BY: ALDERWOMAN MEGAN-ELLYIA GREEN, ALDERMAN SHANE COHN, ALDERMAN DAN GUENTHER, ALDERWOMAN CHRISTINE INGRASSIA, AND ALDERMAN FRANK WILLIAMSON An ordinance concerning use of City resources to amend marijuana laws within the City of St. Louis, to amend Ordinance 69429, to regulate the use of City resources to enforce laws against marijuana and marijuana paraphernalia, to enforce marijuana laws by restricting illegal acts regarding marijuana usage or possession, to allow for police use of marijuana as cause for reasonable suspicion in searches, to minimize disproportionate penalties for violations, to prioritize enforcement activities of the City of St. Louis, including the St. Louis Metropolitan Police Department, and to eliminate redundant law enforcement of marijuana laws where adequate enforcement exists under federal law which prohibits the same conduct. The ordinance contains a savings provision and a severability provision. 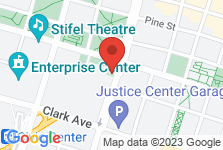