An Ordinance amending Section 10 of Ordinance No. 69735, effective May 25, 2014, and codified in Section 11 of the Revised Code of the City of St. Louis, relating to the identification of High Merit historic properties in the City of St. Louis that are undergoing demolition by neglect, with addition of a new subsection C to Section 10 of Ordinance No. 6973 regarding the determination of Undue Economic Hardship, which shall be and read as set forth in this ordinance.

An ordinance authorizing the City’s Building Division to develop and promulgate rules and regulations to be approved by the Department of Safety, and consistent with Chapter 25 of the Revised Code of the City of St. Louis and other applicable laws regarding Short Term Residential Rentals within the City of St. Louis.

An ordinance pertaining to the duties of the Commissioner of Corrections (“Commissioner”) and St. Louis City Sheriff, amending Title 16, Chapter 16.16 by adding to new sections to Chapter 16.16; new section16.16.350 requiring that the physical health needs of pregnant inmates, including providing for adequate nutrition, clothing, continued and adequate access to prenatal care and all other pregnancy related health services, and to limit the restraint of pregnant inmates throughout their pregnancies and post-partum period while in custody; and new section 16.16.360 requiring that adequate feminine hygiene supplies for all female and/or menstruating inmates be provided; and containing an emergency clause.

An ordinance repealing Ordinance No. 69984 which pertains to the creation and administration of the City of St. Louis Civilian Oversight Board, codified in Section 3.140.010 – 3.140.080 of the City of St. Louis Code of Ordinances, and creating a new St. Louis Civilian Oversight Board (the “COB”) as provided in § 590.653, RSMo, which shall have the power to receive complaints, make findings, and recommend disciplinary action based upon its review and investigation of complaints by members of the public alleging misconduct by members of Division of Police involving excessive use of force, sexual harassment, abuse of authority, discourtesy, or use of offensive language, including but not limited to, slurs relating to race, ethnicity, religion, gender, sexual orientation, gender identity, immigrant status, and disability; and containing a severability clause and emergency clause. COB will have the authority to make findings and recommendations regarding the Division of Police policy, procedure, operations and training.

An Ordinance recommended by the Board of Estimate and Apportionment of The City of St. Louis, Missouri authorizing and directing The City of St. Louis, Missouri (as further defined herein, the “City”) to issue and sell its general obligation bonds in various series, (as further defined herein, the “Bonds”), in an aggregate principal amount of not to exceed $40,000,000 (of which no more than $6,000,000 in aggregate principal amount shall be issued annually) for the purpose of stabilizing, within the limits described in the City’s Proposition NS (Neighborhood Stabilization) Ordinance

1An ordinance authorizing and directing the Circuit Attorney, on behalf of the City of St. Louis, to enter into a Memorandum of Understanding with the Unites States Attorney’s Office, Eastern District of Missouri providing for cross-jurisdiction over crimes that take place in and around St. Louis, Missouri under State jurisdiction authorizing one or more qualifying St. Louis Assistant Circuit Attorneys to be assigned to the United States Attorney’s Office, Eastern District of Missouri as Special Assistant United States Attorneys to facilitate the investigation and prosecution of Federal offenses involving the possession or use of a firearm and related cases to receive funding to support this effort; and containing an emergency clause. 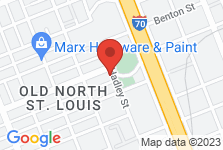