Liaison to the Board of Aldermen 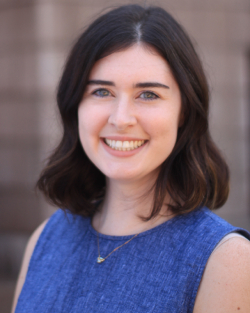 Madisen Janssen (she/her) is a Special Assistant to Mayor Tishaura Jones. Prior she served in the Mayor's Office as a Gephardt Institute Public Service Fellow and the Liaison to the Board of Aldermen in Mayor Krewson’s administration. After four years as an elementary and middle school special education teacher in Kansas City and St. Louis County, she returned to school to get a Master of Social Work from the Brown School at Washington University. Her focus was Domestic, Social, and Economic Development with a Policy Specialization. Madisen completed her undergraduate degree at the University of Kansas in 2014, and she received a Master of Education from the University of Missouri - St. Louis in 2016.