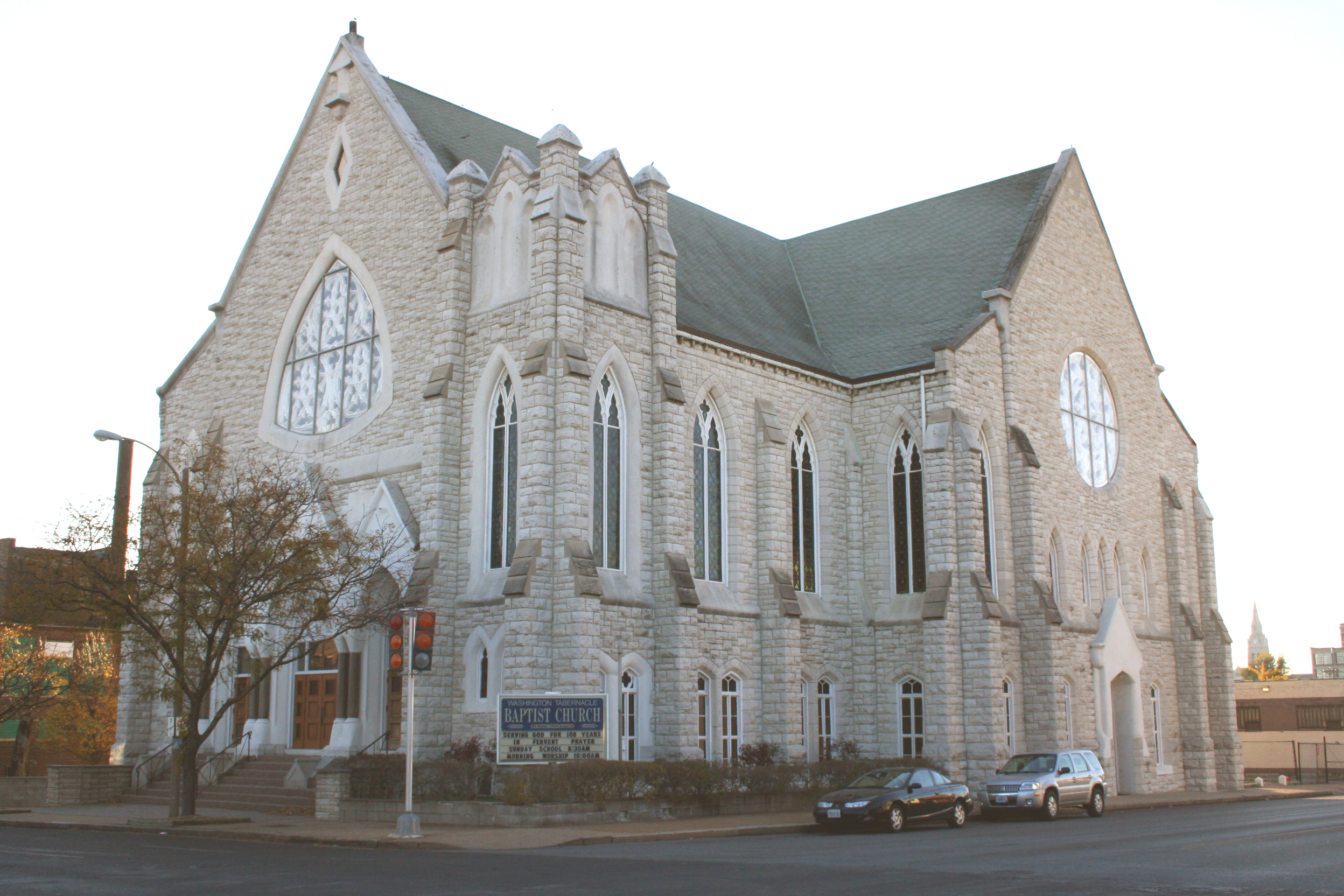 Constructed between 1876 and 1879, the church was designed by noted St. Louis architect, C. K. Ramsey, who later became project superintendent for the partnership of Adler & Sullivan.  The Gothic-Victorian vernacular cross-form church was built of rusticated limestone blocks for the "Washington and Compton Avenue Presbyterian Church."  In 1926, the building was purchased by the "Washington Tabernacle Baptist Church."  The church has been home to many leaders in the African-American community who have demonstrated significant achievement, and was the chosen site of Dr. Martin Luther King, Jr.'s appearance in St. Louis.  He spoke at a civil rights rally on May 28, 1963, immediately prior to the march on Washington.  It is one of only a few documented sites of Dr. Martin Luther King, Jr.'s public appearances in St. Louis.  The church received City Landmark designation in 1984.