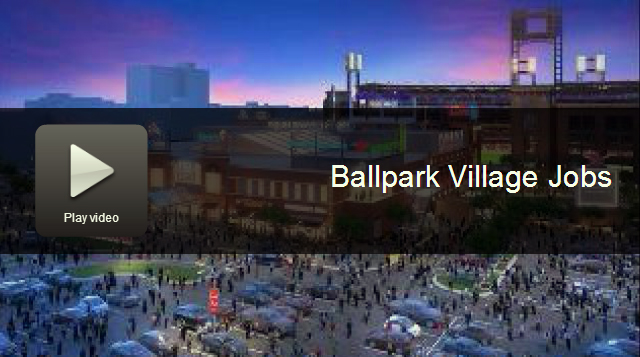 The first job fair will be on November 13, 2013 from 3 until 7 p.m. at the SLATE Downtown office. Employers are recruiting for the Ballpark Village Executive Team.

Employers tell us they will have information sessions and job fairs for other positions, eventually. Until then, candidates would to start with the St. Louis Agency on Training and Employment.

SLATE offered to help anyone interested in working in hospitality at the venue, which will have shops, entertainment and restaurants on Clark Street between 8th and 7th Streets. SLATE staff should start referring candidates for the approximately 700 open positions in January 2014.

But first, you must pre-register at a SLATE office.

You will need to bring the following: