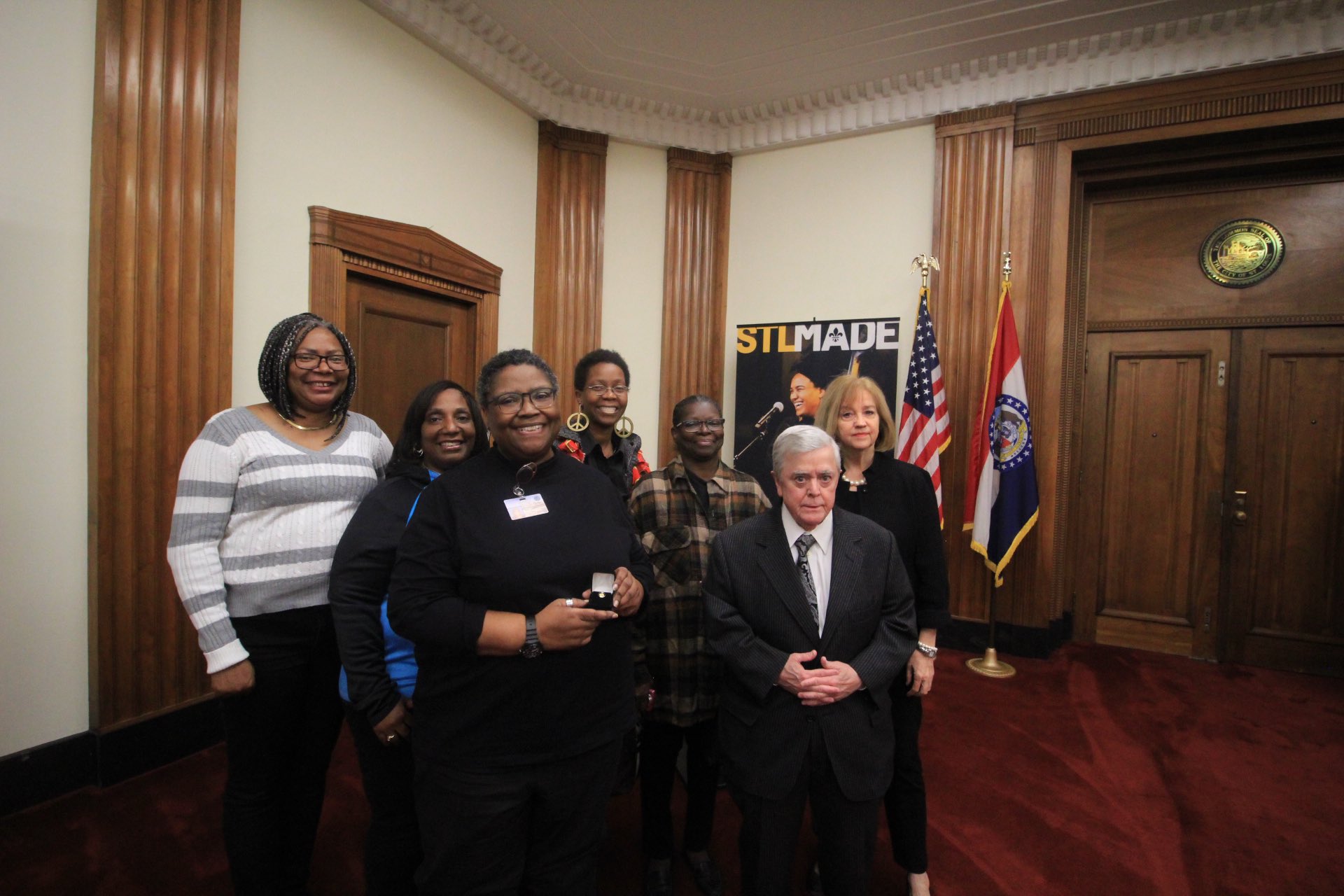 During a brief ceremony last month in the Mayor's Office, Mayor Lyda Krewson presented a 40-year service pin to Dorothy Warren of the Excise Division. On hand for the presentation were Myles McDonnell, Excise Commissioner, and many of Dorothy's colleagues in the Excise Division.

Warren's first job with the City of St. Louis began in October of 1978 as a Typist Clerk I (Terminal Operator) at the St. Louis City Jail where her duties included working in Prisoner Processing inputting and editing data on all inmates in the REJIS computer system and preparing the monthly shift report.

After a one-year stint at the Jail, Warren joined the Health Department as a School Health Service employee and her duties included typing correspondence, inputting and editing health records, general filing using the Russell Soundex system, and field work in which she was assigned to several different school sites where she maintained student's health records in a school base setting.

In November 1999, she was promoted to the position of Community Health Aide for the Health Department in which she was a field workers assigned to a caseload of 16 elementary and/or high schools throughout the City of St. Louis.

On May 28, 2006, Warren started a new chapter of her life by transferring to the Excise Division as a Clerk Typist II. Her duties consist of general clerical office work, assisting customers with the renewals of liquor licenses and permits, filing of applications, and she is the custodian of records. She has devoted the last 13 years of service to the Excise Division and the City of St. Louis as a whole and the customers she serves. She has an impeccable customer service rapport and work ethic.

Congratulations, Dorothy, for your 40 years of dedicated service!