During a brief ceremony in Mayor Lyda Krewson's Office 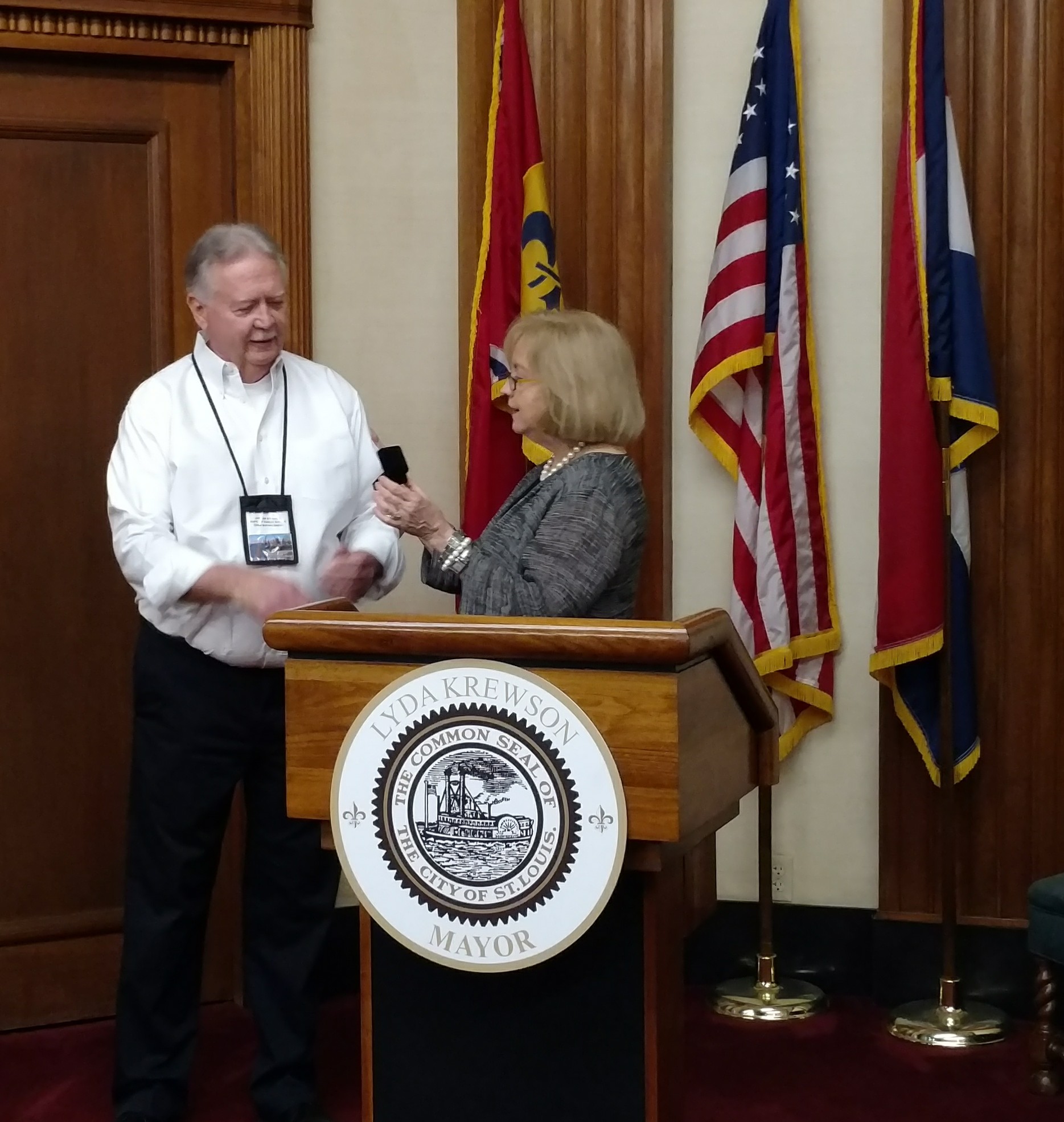 Last month, St. Louis Mayor Lyda Krewson held a service pin presentation ceremony in her office.  Building Division employee Ed Ware was recognized by Mayor Krewson for his 40 years of dedicated service to the City of St. Louis.  A number of co-workers and fellow City employees were on hand as Mayor Krewson presented Ware with his service pin.

Ware began his career with the City at the Board of Public Service as an Engineering Aide I in August of 1977.  He transferred to the Street Department in May of 1981.  In September of 1982 he promoted to the Building Division as a Building Inspector I Trainee, where he advanced through the ranks over the years to his current position of Building Inspection Manager II.

During his tenure, Ware has developed a staff that enforces Codes in a customer-friendly manner, and the City now enjoys a 70% rate of voluntary customer compliance.