Greg Morgenthaler recognized for 20 years of service to the City of St. Louis. 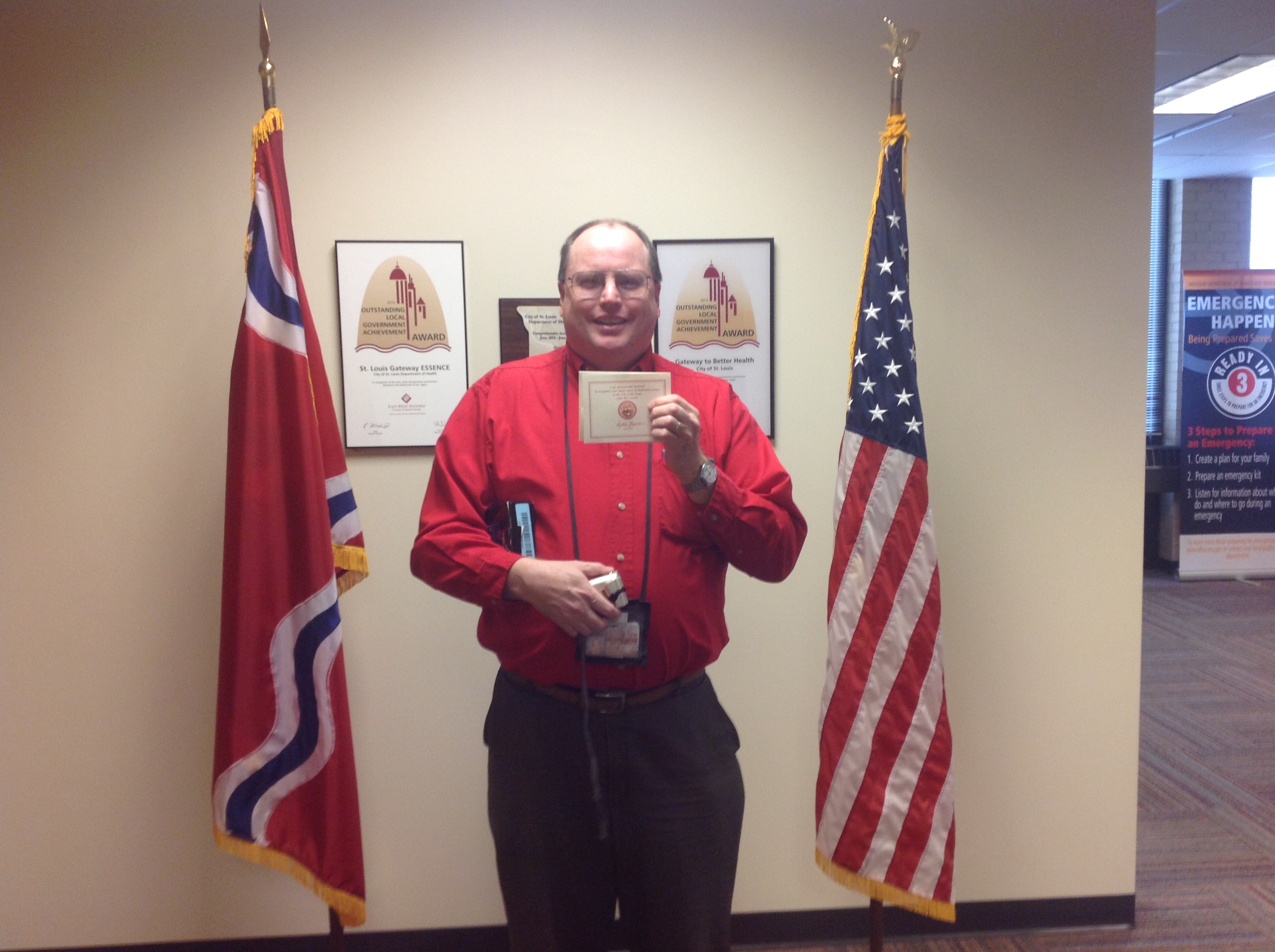 Congratulations on 20 Years of Service

He is a veteran of the United States Navy where he served four years of active service and six years of reserve service as a radar operator/technician and operations specialist. He earned an associate's degree from St. Louis Community College-Florissant Valley in general studies in 1991, as well as a certificate in electrical automation technology from Rankin Technical College in 2009.

We appreciate Morgenthaler's dedication and continued service to the Department, and look forward to working with him in the future.