The third annual Marine Week took St. Louis by land, air and sea, June 20 - 26.  St. Louisans took the opportunity to climb aboard tanks, helicopters and other military vehicles on display at the Gateway Arch, Ballpark Village at Busch Stadium, and Soldiers' Memorial.

The Albany Marine Band and Silent Drill Platoon performed for the community in various locations throughout the week.

Many St. Louisans and visitors were thrilled watching a Marine Air Ground Task Force demonstration along the riverfront.

Pictured below is Mayor Francis G. Slay presenting a proclamation in honor of "Marine Week" during the opening ceremony at Soldiers' Memorial on Monday, June 20. 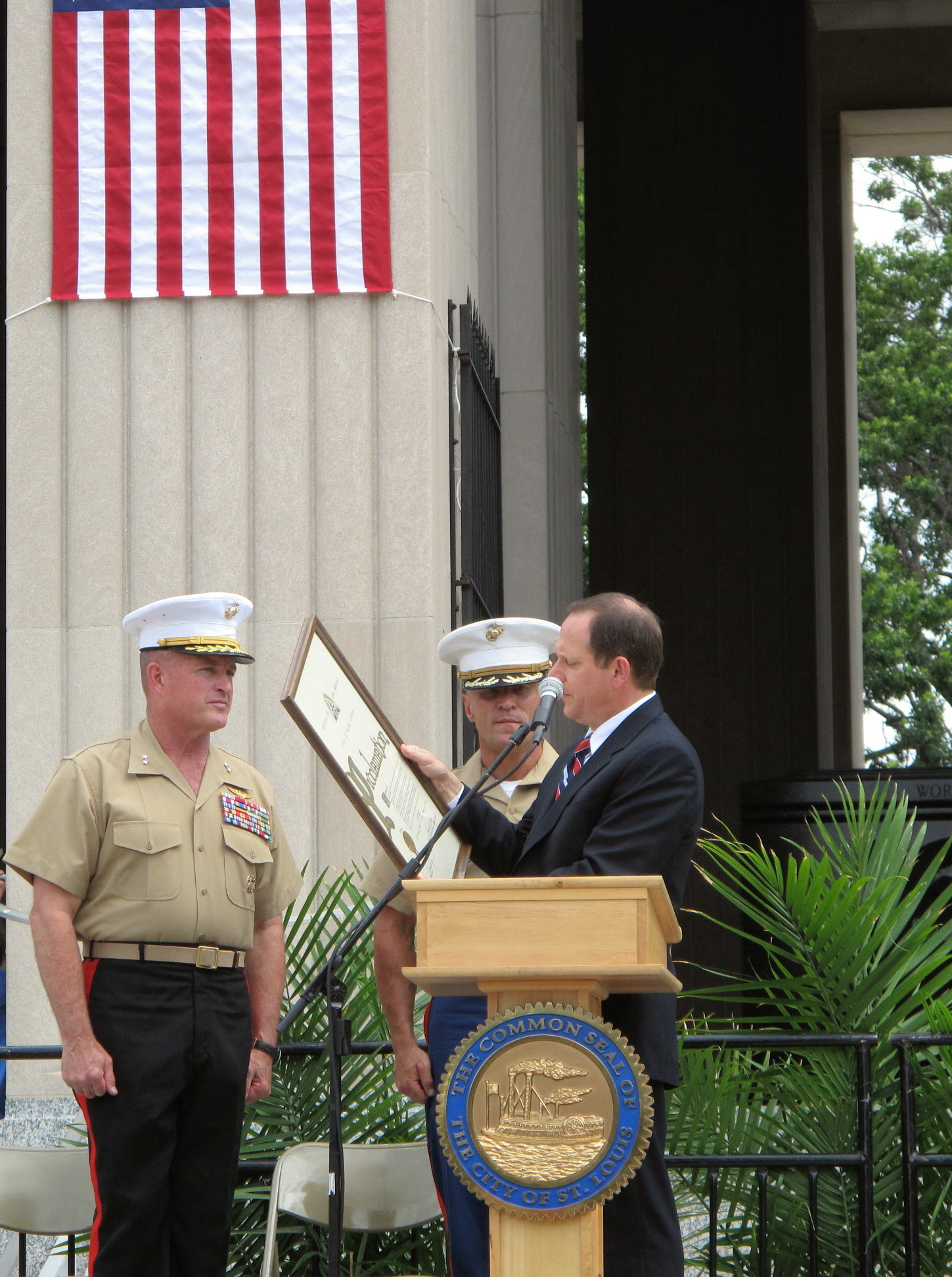 The City of St. Louis salutes the brave men and women in the U.S. Marine Corps who protect our freedom and the freedom of the world.