Arcipowski began his career with the City in 1977 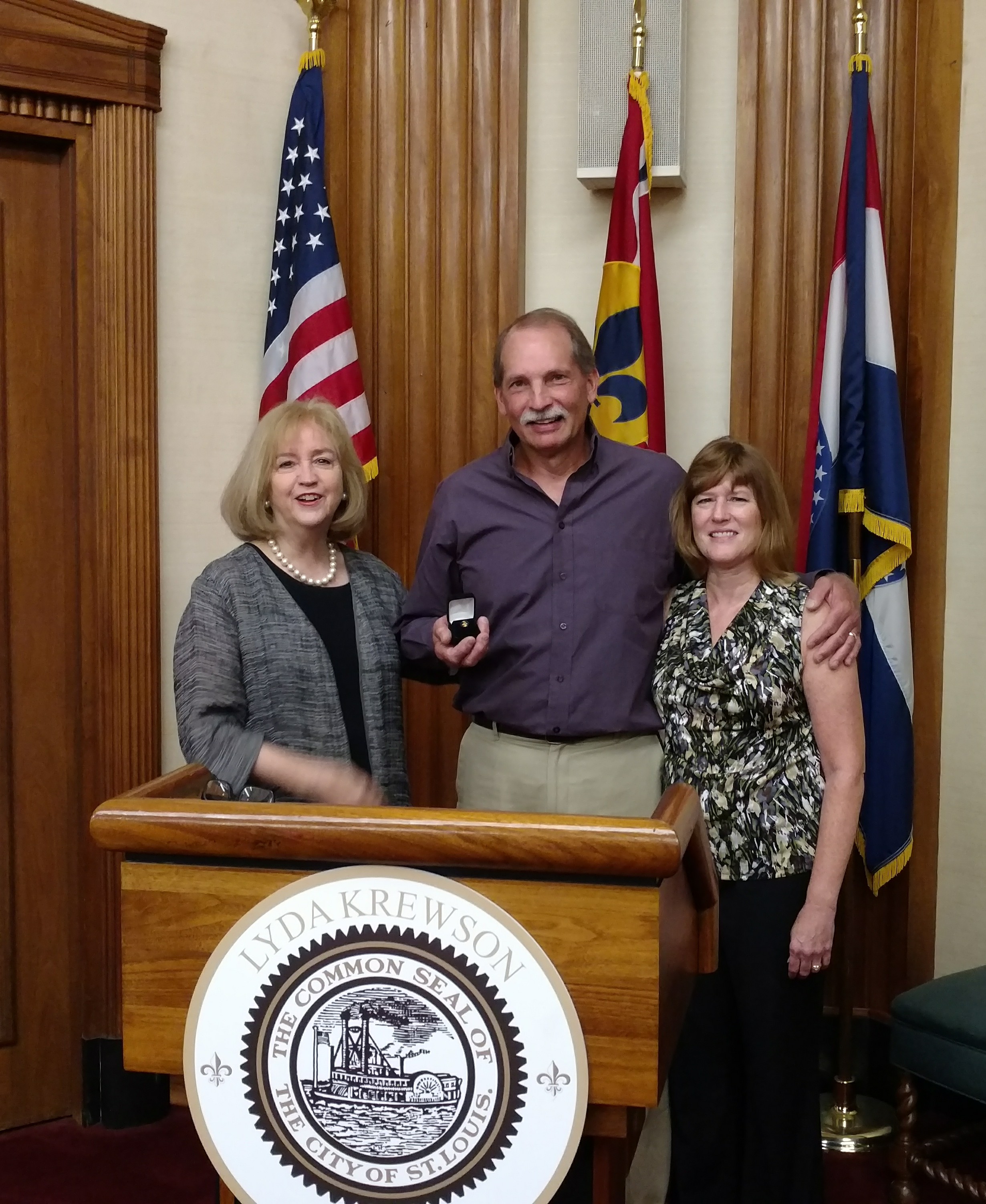 In a brief ceremony at City Hall last month, Mayor Lyda Krewson (l) presented Mr. David Arcipowski with a 40-year service pin in recognition of his many years with the City.  He was joined by Debbie Arcipowski at the presentation.

Dave Arcipowski began his City career as a mechanic's helper on May 23, 1977 at the Streets Department complex on Hampton Avenue.  He worked a short time on dump trucks before moving to street sweepers for the past 38-1/2 years as a mechanic/Fleet Maintenance Technician III.  Street sweepers are a complicated unit requiring extensive diesel engine and advanced hydraulics systems expertise to maintain and repair them.

Dave is the quintessential self-starter who has mastered his trade and has impeccable work habits.