City employees recognized for 20 and 40 years of service to the citizens of St. Louis.

Pictured above:  Mayor Slays presents a 40-year service pin to Helena Crowder, who currently serves at Lambert St. Louis International Airport.  Crowder began her career with the City on Feb. 14, 1972. 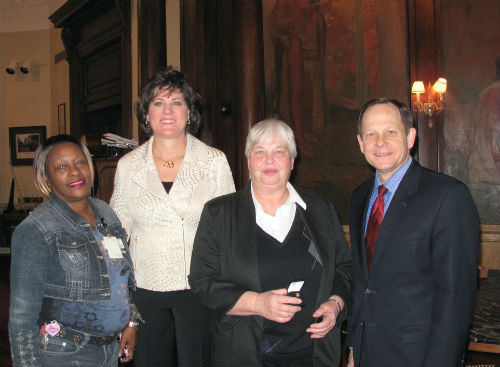 The next presentation was made to Nancy Brown, also currently serving at Lambert-St. Louis International Airport.  Brown began her service with the City on Jan. 24, 1972. Pictured above are:  Linda Whitfield, Brown's supervisor; Airport Director Rhonda Hamm-Niebruegge, Nancy Brown and Mayor Slay. 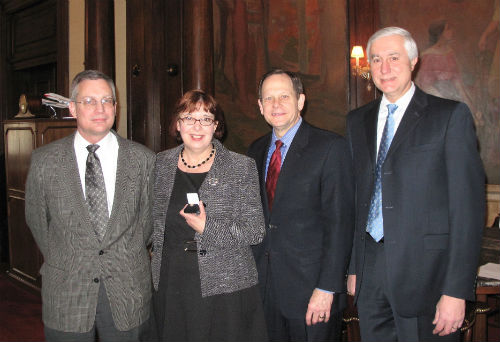 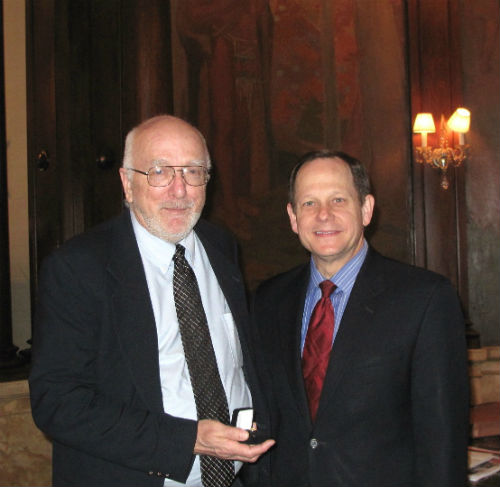 Then it was James G. Sahaida's turn to receive his 40-year service pin.  Sahaida currently works at the St. Louis Agency on Training and Employment.  He began his service with the City on June 7, 1971. 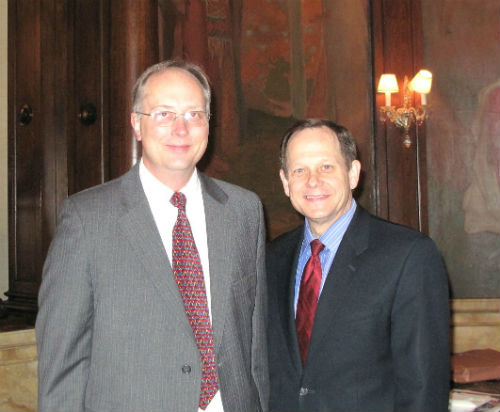 The last presentation was made to Curtis B. Skouby, Director of the City's Department of Public Utilities.  Mayor Slay presented Skouby with his 20-year service pin.