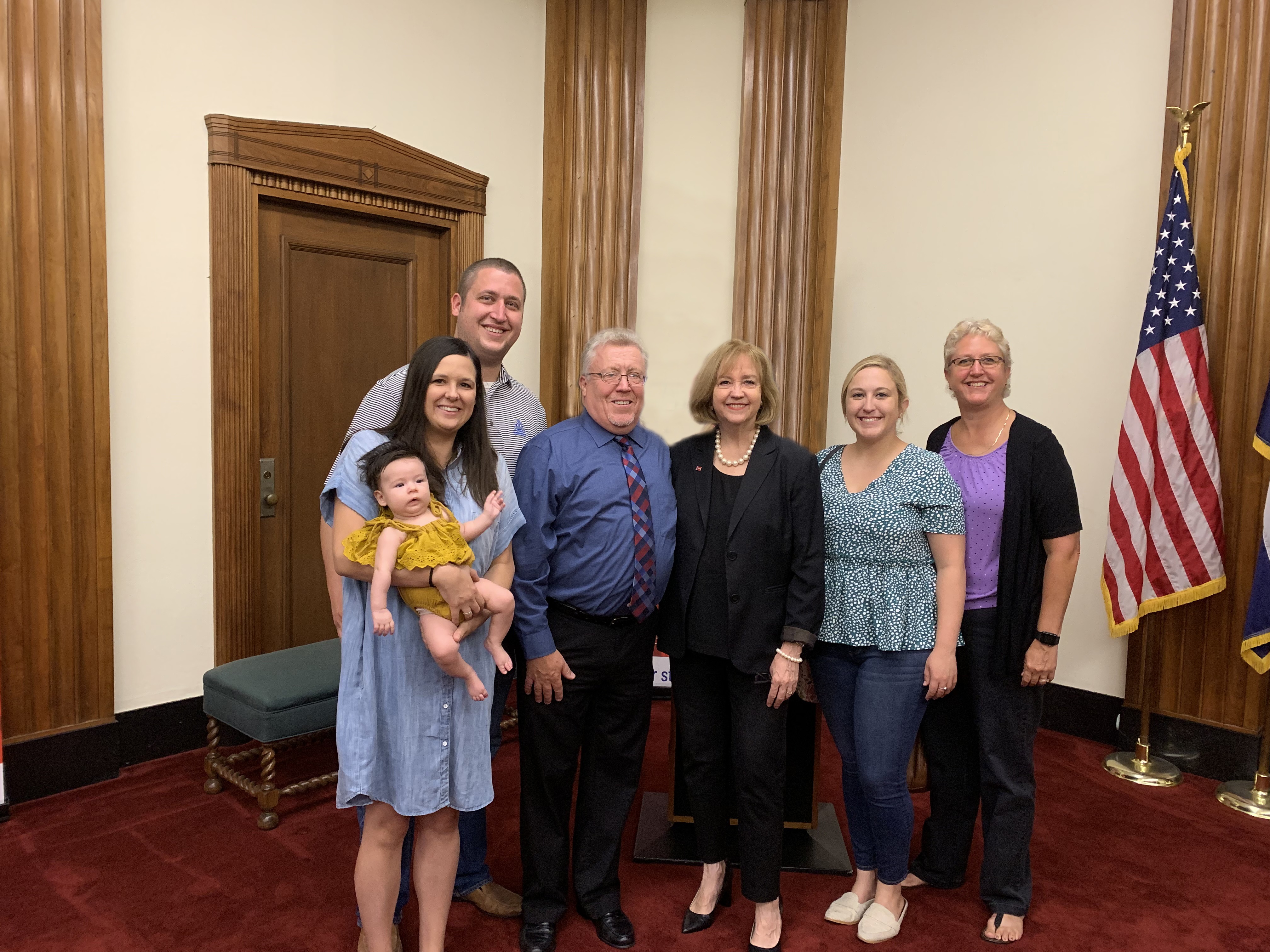 During a ceremony at City Hall last month Mayor Lyda Krewson presented a 40-year service pin to Mike Seemiller, Executive Assistant II with the Board of Public Service.

Mike began his career with the City in July of 1979 as a Drafter I in the Parks Division. In April 1984 he promoted to Drafter II in the Parks Division, then in March of 1985 he transfedder to the Board of Public Service, Design Division. In April 1986 he promoted to Engineering Aide III and has worked his way up the ranks in BPS to Drafter Supervisor (1993), Survey Projects Coordinator (2000) and to his current position of Executive Assistant II (2015).