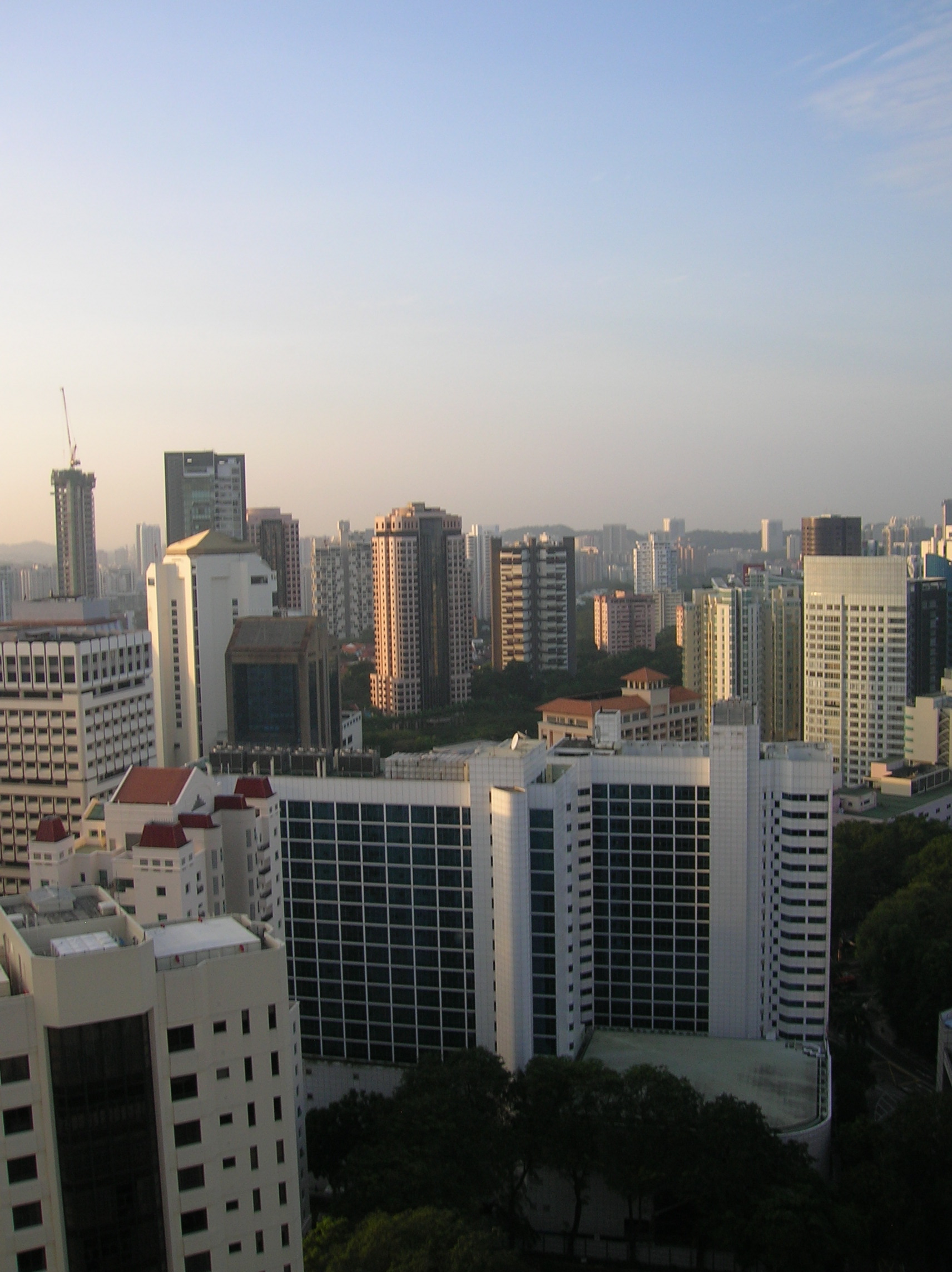 Reflections of Public Health around the Globe: Singapore

In April of 2015, Lori Jones, nutrition services project manager for the City of St. Louis Department of Health, shared some of her observations of public health from her recent trip to Spain. Her reflections offered us insight into what types of public health issues are prevalent in different parts of the world. I have had the privilege of spending time in Singapore while my family was living there. Lori's article prompted me to think about several public health observations I made while visiting the small island country of Singapore, in South East Asia.

My initial observations were similar to things you may have heard about Singapore. It is an extremely clean, little country. The streets are alive with masses of people, but trash, grime, gum, and graffiti are apparently absent. Singapore is sometimes termed the "New York City of Asia" because it is a big business hub. However, the efficiency and cleanliness of everything from mass transit (MRT) to the businesses housed in tall, shiny towers make it appear as a futuristic city.

Singapore is one of the most densely populated countries in the world for its landmass. It is an island country of about 300 square miles with a population of almost 5.5 million residents. Due to the large amount of people within a small amount of space, the public systems must be efficient and effective. The city blocks are not only bustling with people, but they are also filled with restaurants, outdoor markets, and small businesses. The Singapore government has a reputation for having letter of the law rules that are strictly enforced. However, the result is a safe city with relatively low crime rates.

Although there are some cars in Singapore, I observed most citizens walking or using public transportation. Cabs are easy to flag down and inexpensive enough to utilize several times a day. I was impressed at how punctual the train was. It never seemed to run more than 3 seconds late!

Singapore is located very close to the equator, so it stays between 80-90 degrees Fahrenheit most of the year. The warm weather makes it easier for people to be active outside; however, the high humidity makes exercising outside a sticky and sweaty experience.

Singapore's local food faire is packed with tropical fruits, regional vegetables, and spices. The locals eat well-balanced meals when preparing them at home. When my family and I had the pleasure of eating with a Singaporean family, the meal of choice was usually a traditional steamboat, also known as a hot pot, meal. The meal involves a pot of hot stock in the middle of the table and an array of raw side dishes of meats, vegetable leaves, mushrooms, and wontons. As a guest, you choose what sides you want and cook them in the simmering broth in the middle of the table. Other popular Singaporean dishes include a chicken and rice dish, chili crab, and various spicy soups and noodle options. Despite the nutritious value of the traditional foods, the downtown streets are filled with an abundance of touristy restaurants, and there is a growing trend of fast food places. McDonalds has asserted their presence in Singapore and introduced typical American food to the country.

Another difference I observed in Singapore is that the residents do not shop at traditional grocery stores like you and I do here in the United States. Instead they shop at fish markets carrying fresh fish and seafood. There are also a variety of exotic fresh fruits and vegetables that hang from little grocery stalls in open-air markets. Although the apartments that people live in are extremely small in Singapore, some people find ways to plant small, potted vegetable gardens that sit on their tiny balconies. Spice shops are fairly common and provide people the ability to season their food with delicious flavors without adding excessive amounts of salt. There are a few typical western grocery stores that carry more of the processed foods like crackers, cereal, peanut butter, and other items.

One of the most noticeable differences I saw between the United States and Singapore was the majority of individuals I saw in Singapore were thin. The Journal of American Medicine (JAMA) has reported that approximately 35% of the United States population is obese. Studies show that the obesity rate in Singapore is approximately 11%. Even though obesity rates are not as high as they are in the United States, weight control is a prominent public health focus in Singapore. The Singapore government recognizes the important health impact that obesity can have on the population, and it is taking proactive steps to encourage healthy lifestyles. Currently there is a national Singapore weight management initiative called the 'One Million KG Challenge' to encourage healthy living.

Some of the other big public health issues in Singapore are related to the island's climate and its location among other developing countries in South East Asia. For example, the prevalence of West Nile and Dengue Fever, two mosquito-transmitted viruses, are significant public health concerns in Singapore. Poor air quality likely related to neighboring countries burning trash is a reality in Singapore that results in a higher prevalence of nose cancer. Thalassemia (a particular type of anemia), myopia (need for eye glasses at an early age), and type 2 diabetes are other health issues prevalent in Singapore, however they seem to be mostly linked to genetics.

Despite the many differences between the United States and Singapore, the increasing rate of obesity is a real concern that takes center stage in both countries' public health efforts. Singapore is regarded as a very Western country in Asia, but as Singaporeans attempt to adapt to the Western way and the Western diet, it seems they may become increasingly prone to diseases prevalent in the United States.