Wells Fargo Advisors will expand its office presence and bring 400 jobs to its headquarters campus in downtown St. Louis over the next few years. 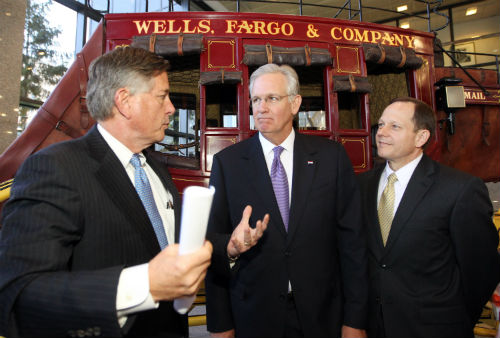 Wells Fargo Advisors announced last week that it is investing $33 million to expand its St. Louis offices, including renovating 180,000 square feet of office space and purchasing new machinery, equipment, furniture and fixtures.  The corporation will also be creating 400 new jobs over the next three years, with positions added in its wealth, brokerage and retirement operations.

"The jobs we are bringing to St. Louis will enhance our company's capacity to serve clients nationally," said Ludeman.  "These new jobs also serve to reinforce the position St. Louis holds as home to one of the largest concentrations of financial services talent outside of New York.  We are grateful for the way our elected officials rallied behind this effort and appreciate their serious commitment to growing this region.  We expect these new jobs to contribute directly and indirectly to their efforts to strengthen our regional economy."