What We Did Over Our Summer - Part 1

Hitting the Streets for a Safer St. Louis 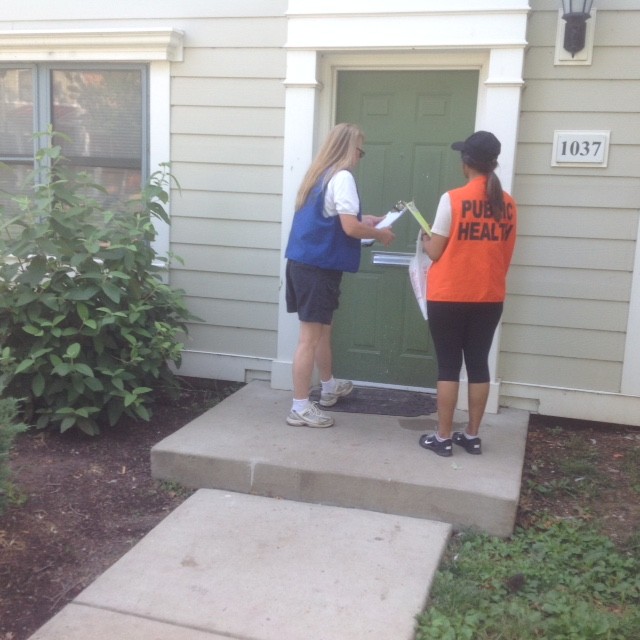 What We Did over Our Summer, Part 1 - Hitting the Streets for a Louis

Although we are called "The Health Department", both health and safety are our concern. In order to ensure the safety of City residents, the Department of Health (DOH) joined various other City of St. Louis departments to go door-to-door three times over the summer months. Those canvassing efforts gave residents the opportunity to hear about upcoming resource fairs in their neighborhood and ensured residents had access to the means necessary to stay healthy during the summer heat wave.

The first two canvassing efforts helped to spread the word about this summer's Prevention-Intervention-Enforcement-Re-Entry (PIER) Neighborhood Fair events at Marquette Park on June 4, and Gregory J. Carter Park on June 18. The PIER fairs were just an example of how city agencies brought resources to the 15 neighborhoods identified by Mayor Francis Slay's PIER initiative against violence. City agencies held two earlier PIER fairs, but did not canvass prior to the event. Attendance numbers increased following the canvassing efforts, with the Marquette Park event bringing in the highest number of fair-goers despite an overnight rain which soaked the park grounds.

The third canvassing effort took place in late July. The Department of Health attempted to reach out to people on the City's Functional Needs Registry. "During instances of severe weather, such as extreme heat, the Department of Health works closely with internal and external partners to ensure that vulnerable citizens such as those with medical conditions, seniors and people with disabilities are safe until conditions improve," says Shontae Fluelen-Hays, Severe Weather Program Manager for the City of St. Louis. Teams of City employees went door-to-door, targeting residents who were not reached by the automated phone alerts. Team members made sure the residents were able to stay cool and hydrated, and alerted city agencies and community partners if the residents needed any assistance. Despite July's excessive heat, the City experienced no heat-related deaths the entire summer.

Although it is fall now, St. Louis weather is unpredictable. Extreme temperatures can still occur.  If you have any questions about what to do during extreme temperatures, please contact Shontae Fluelen-Hays at hayss@stlouis-mo.gov. If you need more information about the City's Functional Needs Registry, please check out the website at http://stlcityfunctionalneeds.org.