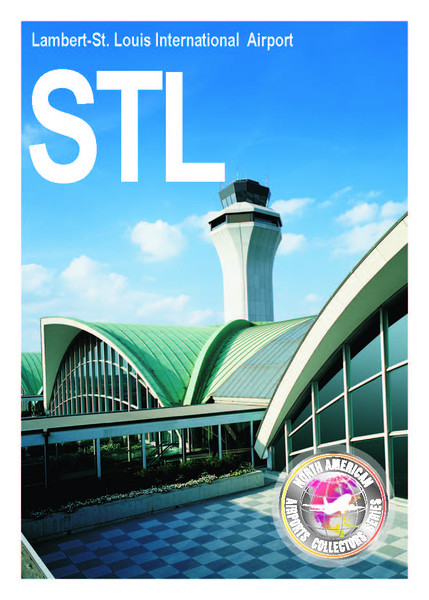 “We are inundated by requests from airport and aviation fans all over the world for anything that carries our S-T-L airport code,” said Rhonda Hamm-Niebruegge, Director of Lambert-St. Louis International Airport. “We led the effort to create the trading card series with ACI-NA to satisfy the great demand out there by collectors. More importantly, the trading cards will connect collectors with the unique stories of each airport to the larger network of aviation, which is so important to communities across North America.”

The Lambert trading cards feature iconic pictures of the Airport’s two terminals along with geographic information, facts and historical information, such as the connection between St. Louis and Charles Lindbergh as well as Archie League, who was hired in St. Louis as the nation’s first air traffic controller.

The trading cards are free and will first be distributed at Lambert’s Information Booth in Terminal 1 on a limited basis.They will also be incorporated into future airport education programs and handed out during special events.

Lambert joins nearly 20 other airports that are part of the launch of this new trading card campaign, which was just unveiled at the 2014 ACI-NA Annual Conference and Exhibition in Atlanta. Participating airports as of September 8, 2014 include: