Public officials must be accountable to the people they serve

We have an obligation to address dishonesty and bad behavior from public office-holders head-on with words and deeds that force their accountability. 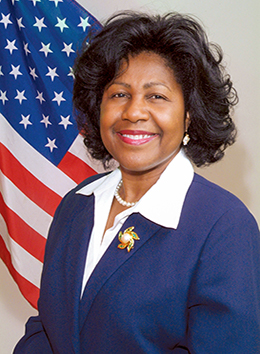 The violent insurrection that occurred at the Capitol on January 6, 2021 was the culmination of months of deception and lies from the now former president. But as harmful as that falsehood itself was, we must not forget the permissive environment created by other elected leaders around him. Their lack of holding the president accountable allowed falsehood and distrust to thrive.

After that horrible day I heard these words, “the President touched a hot stove on Wednesday,” from one of those elected leaders, and I thought: This is not the way to describe or react to the President’s part in the insurrection. People were injured and died because of his actions.

That statement harkened back to other words I’d heard previously from another elected leader describing this president: “Just don’t call him a racist,” they said. This president—among many other people like him, in public office or not, who incessantly lie and put on displays of bad behavior—must be dealt with head-on with truth and not placated or dismissed. Our words and deeds must call them out for who they really are every time we are presented with their dishonesty and misdeeds to avoid tragedy and to protect our loved ones. One must not coddle a bully.

The truth is our measure and is how we protect our democracy and secure our future. Many leaders in Washington have now said, “the president was wrong to incite the violence.” The impeachment will speak to protecting our democracy.

We live in a time where courage to speak the truth is necessary—even when it is politically expedient to go along with a convenient lie. This is not just a national problem. Local leaders from time to time seem comfortable peddling falsehoods that help achieve a temporary goal. These types of deceptions often involve promoting a “silver bullet” solution and attempts to persuade voters that our problems could be solved easily, if only X, Y or Z were approved.

Leaders fail us when they set up these false expectations. The people of St. Louis are intelligent and capable of handling the truth. They deserve our honesty about what is realistic and what is possible.

The press plays a critical role that can dispel or perpetuate dishonesty of public officials, too. All too often, so-called facts go unchecked by the press, leaving the public with misinformation until more thorough journalism can uncover the truth.

Two years ago, the local daily paper printed misinformation about an airport refinancing, reported on at the city’s E&A board meeting. As the public official responsible for the refinancing, I was rebuked by the paper for stating the truth and calling out the disingenuous behavior of the other two officials, who were treated with terms of endearment by the paper. It was not until a few months later when a two-page letter from the affected airlines was made public that I was exonerated. The affected airlines were forced to speak truth to power in a very public manner, which eventually saved them millions of dollars and saved the City from an embarrassing lawsuit.