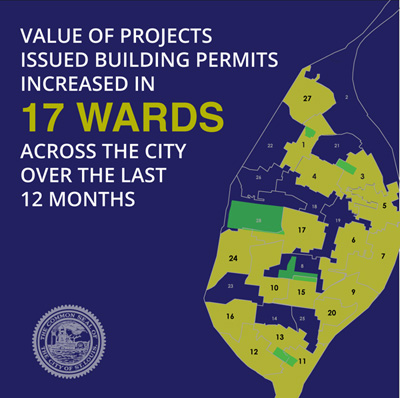 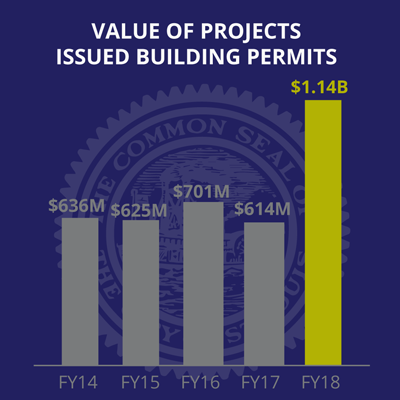 The City of St. Louis issued construction permits for projects valued at $1.14 billion in the 2018 fiscal year, setting a new high and signaling an increased appetite for investment.

“These numbers are very encouraging. It shows that developers, investors and business leaders are bullish on St. Louis,” Mayor Lyda Krewson said. “It’s exciting to see that attitude reflected in not just in words, but in actions. I love seeing all the construction dumpsters around town.”

The building permits issued include new construction and rehabs of both residential and commercial property, in addition to smaller permits for alterations or additions.

Beyond these new, large-scale construction projects, small- and medium-scale rehabs have also been a significant source of development over the past 12 months.

Of the 7,322 housing units issued permits, 86 percent are located in rehabilitated buildings.