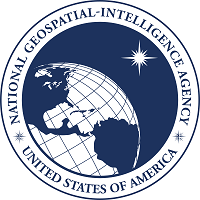 Mayor Francis Slay applauded Missouri Governor Jay Nixon's signing of House Bill 514, which provides a new tool to help keep the National Geospatial-Intelligence Agency (NGA) and its 3,100 employees in the City of St. Louis and the state of Missouri.

The average salary at NGA is $75,000. The Agency generates $2.4 million in revenue for the City through the earnings tax, and its employees also pay nearly $8 million in state withholding taxes every year –money that the City and state will lose if NGA moves toIllinois.

"Gov. Nixon, and the members of the state legislature who voted in support of this bill, understand the importance of putting us in the best possible position to keep Missouri jobs in Missouri," Mayor Slay said. "It is imperative that together we do everything we can to save thousands of jobs and bring the first large-scale economic development project toNorth St. Louisin decades."

NGA has outgrown its current space in South St. Louis City. It is pursuing construction and operation of a modern facility in the St. Louis area to better support its mission to provide timely, relevant, and accurate geospatial-intelligence to support national security. The proposed site –near Jefferson and Cass avenues within the Northside Regeneration Development area –is one site under consideration.

The City's Land Clearance for Redevelopment Authority (LCRA) is in the process of assembling 100 contiguous acres of land for NGA's new $1.6 billion high-tech, western headquarters to grow its operations and workforce. The development also is expected to create thousands of construction jobs in an area that has seen decades of private disinvestment. A decision is expected next year.

"It is not only critical to retain NGA and its well-paying jobs in the City, but this project also can be the catalyst for additional development in an area that badly needs a substantial economic boost," Mayor Slay said.