The third featured place in the On the Map series is the Mary Meachum Freedom Crossing on the Mississippi Greenway along the St. Louis riverfront 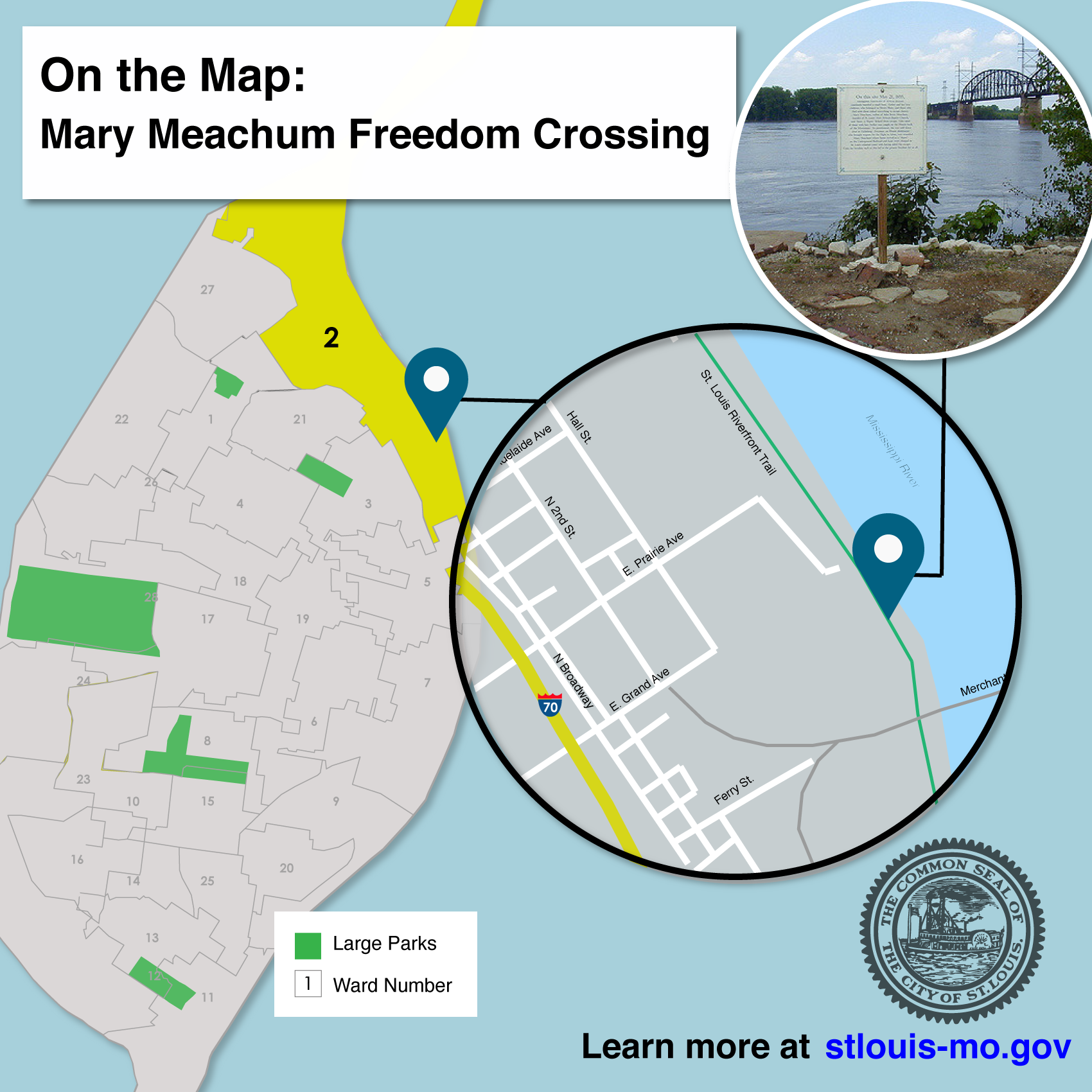 The third featured place in the On the Map series is the Mary Meachum Freedom Crossing on the Mississippi Greenway along the St. Louis riverfront –– the first nationally recognized Underground Railroad site in Missouri where Mary Meachum helped slaves cross the Mississippi River on a quest for freedom.

Reverend John Berry Meachum grew up as a slave in Virginia and Kentucky before earning enough money to purchase his freedom. Before leaving Kentucky, John Berry Meachum met Mary, a slave who was set to be moved by her slave owner to St. Louis. John followed Mary to St. Louis where he bought her freedom and established the First African Baptist Church, the first black congregation in St. Louis.

Together, the Meachums dedicated their lives to educating and freeing slaves. They made their home a safe house and focused on helping slaves escape to Illinois, where slavery was outlawed upon the adoption of the state’s constitution in 1848. Their work involved considerable risk due to the passage of the Fugitive Slave Act of 1850. The law authorized the hunting and capture of escaped slaves and required that they be returned to their masters.

After John’s death in 1854, Mary Meachum continued their work. On May 21, 1855, she attempted to help a small group across the Mississippi River to Illinois, at the location now called the Mary Meachum Freedom Crossing just north of the Merchant Bridge. However, slave owners and law enforcement officials caught at least five of the slaves and arrested Mary for her participation in the plot. She was charged in criminal court for helping the “fugitives” escape.

In 2001, the National Park Service recognized the site as part of the Underground Railroad Network to Freedom. To learn more about Mary Meachum and life in St. Louis during times of slavery, join Great Rivers Greenway and partners on May 5 for the 16th Annual Mary Meachum Celebration. More information can be found at marymeachum.org