Overview and amenities for Amberg Park 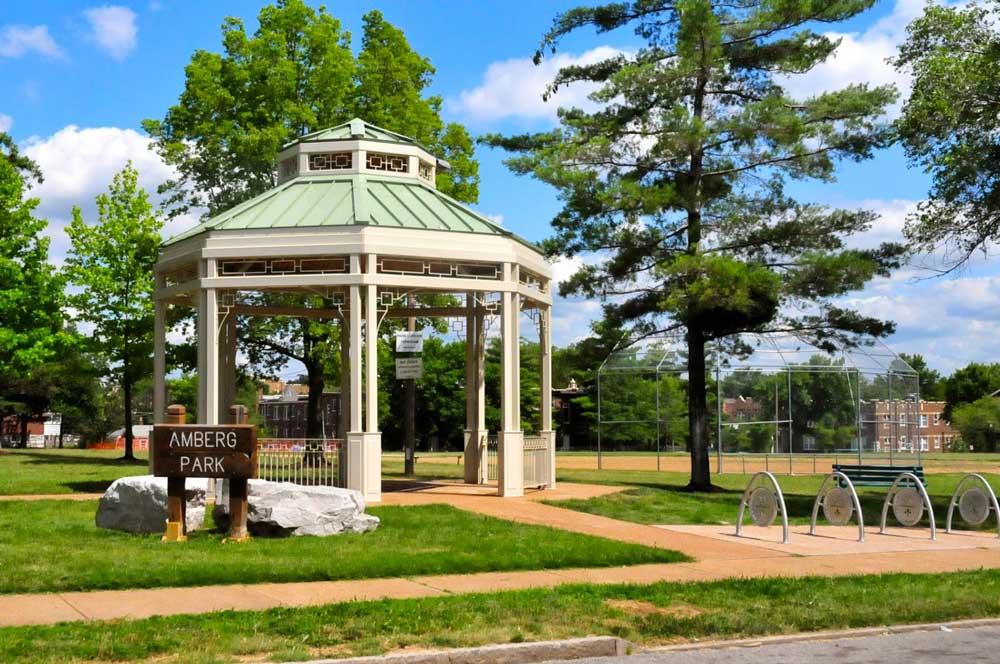 The park land was acquired by the city after a fire at the Dunnica School:

In 1937, the Dunnica Avenue School was established in some wooden portable buildings at Dunnica and Gustine Avenues. These buildings were damaged by fire in 1961, and were razed in the following year. The school site and playground became Richard H. Amberg Park in 1963.

Amberg Park was named in honor of Richard H. Amberg (1912 1967) for his personal distinction and his contributions to the parks and playgrounds of the City. Mr. Amberg also served as publisher of the Globe Democrat for a number of years.

Amberg Park was designed by Landscape Architect, Robert E. Goetz and Associates in 1966 and construction began during January, 1967.

Today the park has a couple ball fields, a playground and a nice gazebo.