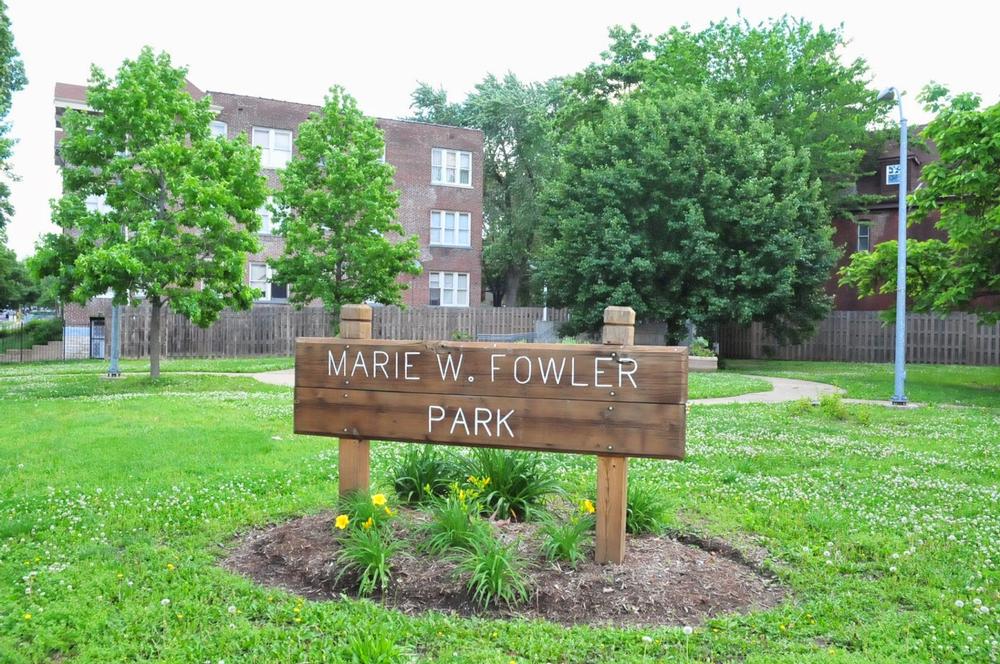 She was a member of CORE during the Jefferson Bank protests and integration of local lunch counters. Among many educational efforts, she served as chairman of the board and director for Kinder Cottage Pre-School for more than a decade.
She also served on the boards of the St. Louis Public Library, St. Louis Housing Authority, National Black Child Development Council, Urban Renewal Study Committee, Youth Service Commission and the March of Dimes.

Most likely music or other events on the nice stage is the main draw of the park. The stage is in the north east corner of the park. The park is really a nice little setting and you can image what a great venue it would be for small outdoor concerts.