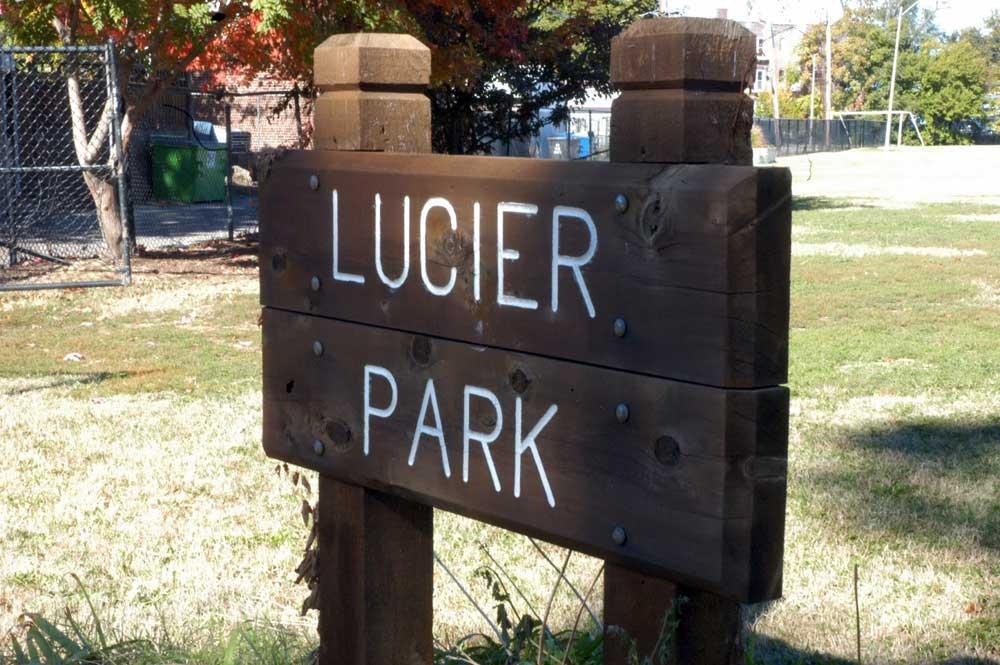 Neighborhood Park located at Hamilton and Westminster and named for Phillip Lucier.

Lucier was the president of Continental Telephone Corp. One day, he and two telephone company vice-presidents, James Robb and James Napier, had decided on the spur of the moment to have lunch at the St. Louis Club. No one knew they were going there.

He ended up being the victim of a mob hit gone awry. His car was bombed when he was mistaken for another person who had a run-in with a New Orleans mafioso. The crime was never solved and the FBI botched the case.

He had ties to some powerful people in the St. Louis scene and the unions were keeping a close eye on him, he was a wealthy, influential business man with 11 children.