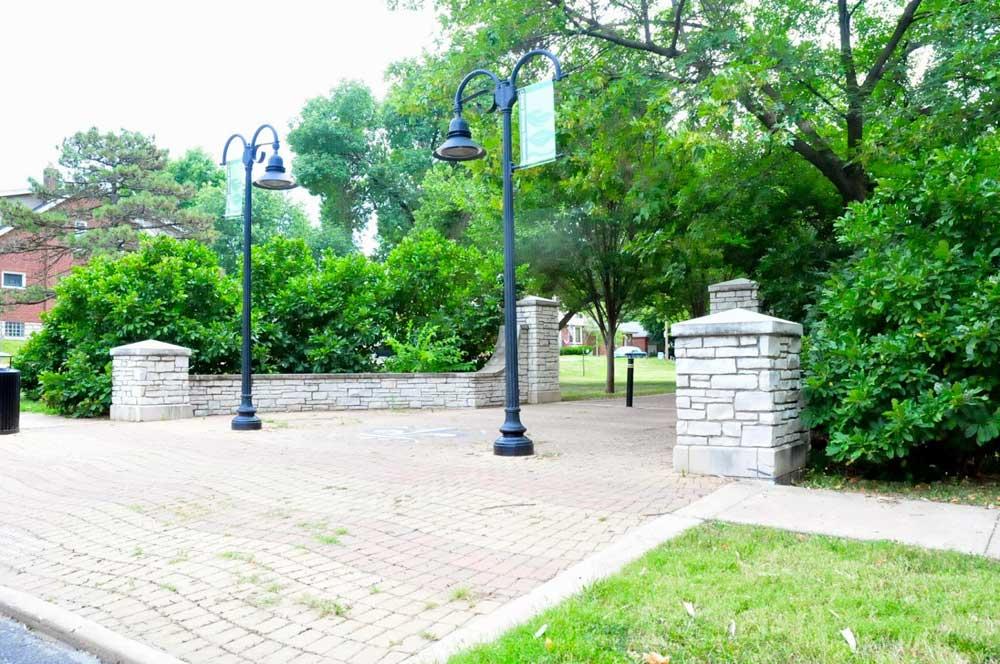 This piece of land runs through the Boulevard Heights neighborhood from Holly Hills to Germania.

This park space was nothing but a mowed patch of land before Great Rivers Greenway constructed the amazing ~1 mile Christy Greenway that runs through the park.

This is a series of paved bike/pedestrian trails that are part of the larger River Des Peres Greenway:

The River des Peres Greenway is a developing 11-mile recreation and transportation corridor that will eventually stretch from Forest Park to the Mississippi River. The greenway trail now extends from Lansdowne Avenue to Interstate 55 along the River des Peres, with a one-mile neighborhood connector—the Christy Greenway stretching from Germania Avenue to Holly Hills Boulevard. The greenway also connects to the on-street Bike St. Louis system at Holly Hills Boulevard and the Lansdowne MetroLink station. http://www.greatriversgreenway.org/

There are grand entrances at Holly Hills, Loughborough and Germania Street complete with crosswalks and at the latter two intersections, timed crossings.