Reconstruction of the Union-Lindell bridge over Forest Park Parkway and MetroLink. 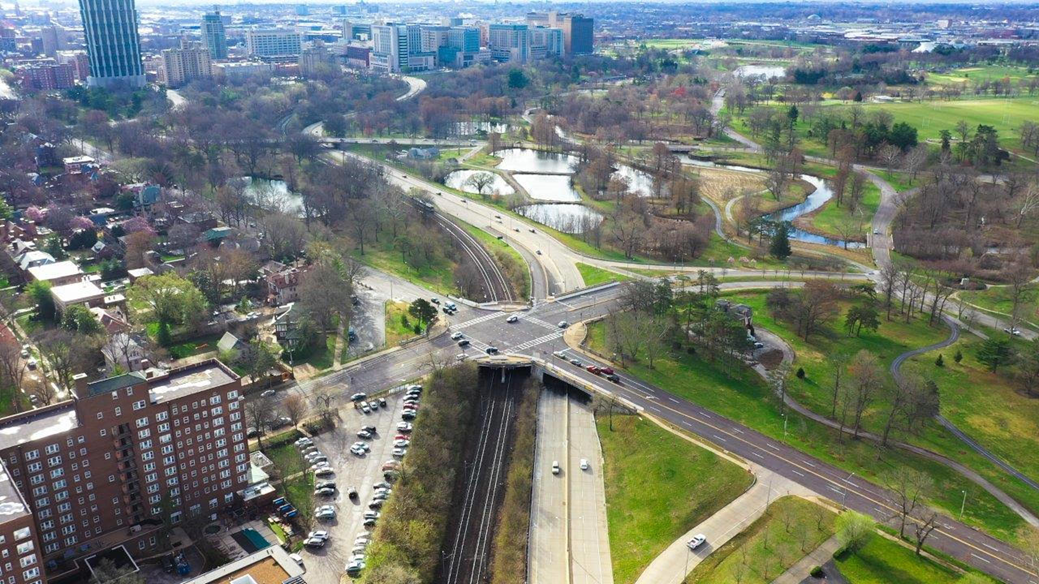 The intersection of Union and Lindell Boulevards, minor arterial streets, is supported on two independent bridge structures spanning Forest Park Parkway, an east-west principal arterial, and MetroLink light rail tracks. The intersection serves as a major entrance on the north side of Forest Park and connecting North City residents to the many cultural institutions located within the Park.

The project proposes the complete removal and reconstruction of the Union-Lindell Bridges over Forest Park Parkway and MetroLink. The project limits encompass the intersection as well as the approaching roadways and will improve safety for all modes of the traveling public. Traffic signal equipment will be updated and excessive paved width with be repurposed to more productive uses. The project is anticipated to include the following features:

Prior Studies and Reports

The City of St. Louis is seeking input from the public. Please take a moment to complete the survey below: