57th Anniversary of the Civil Rights Act of 1964

Signed into law July 2, 1964 by then-President Lyndon B. Johnson 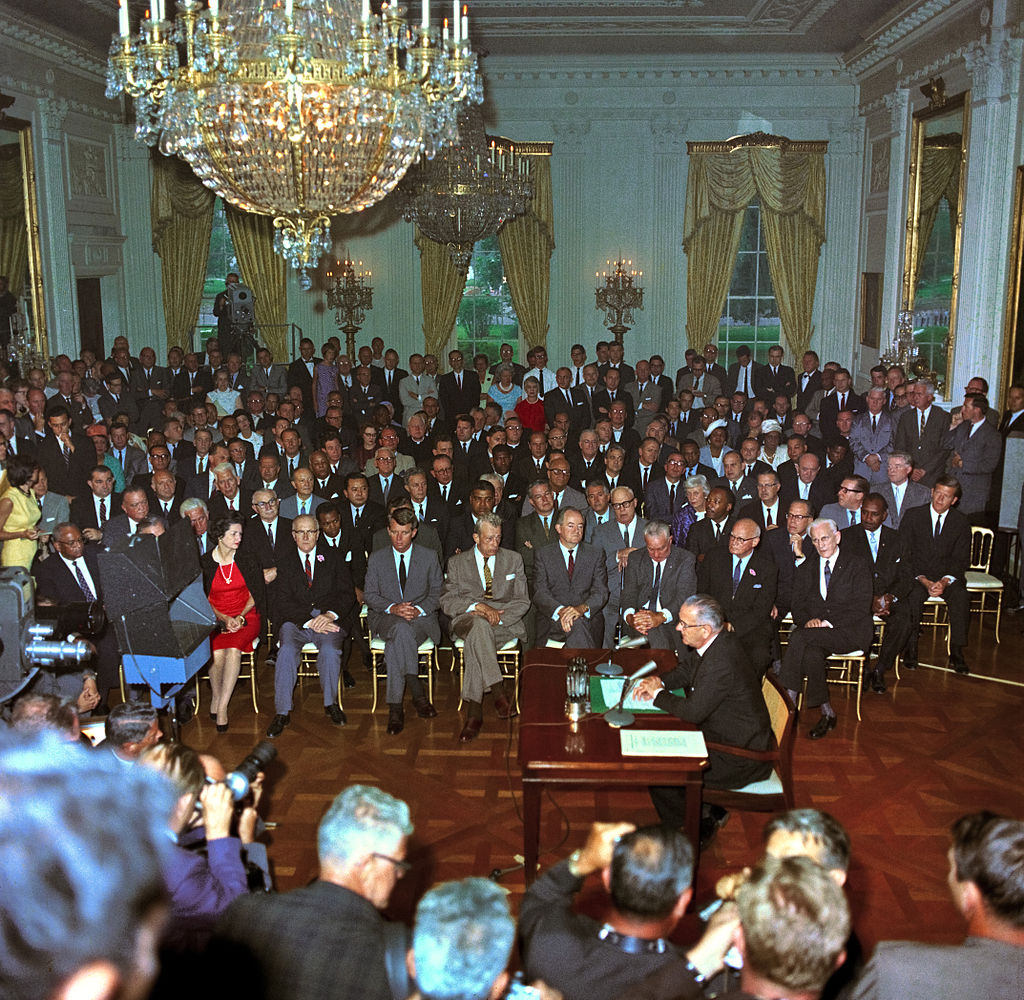 United States President Lyndon B. Johnson speaks to a television camera at the signing of the Civil Rights Act in 1964

This July 2nd marks the 57th anniversary of the signing of the landmark civil rights and labor law in the United States -- the Civil Rights Act of 1964. The act outlaws discrimination based on race, color, religion, sex, national origin, and later sexual orientation and gender identity. It prohibits unequal application of voter registration requirements, racial segregation in schools and public accommodations, and employment discrimination. The act remains one of the most significant legislative achievements in American history.

If you feel you have been discriminated against, call the Civil Rights Enforcement Agency (CREA) at 314-622-3301 and speak with an investigator,