Taking the Desert Out of the City

In St. Louis City, due to closures and relocations of existing grocery stores that occurred since the late 1990s, many areas were left without access to full-service grocery stores. As a result, the City of St. Louis had a number of food deserts emerge within its boundaries. The U.S. Department of Agriculture (USDA) defines food deserts as "urban neighborhoods and rural towns without ready access to fresh, healthy, and affordable food. "For urban areas, not having access to a full-service grocery store within one mile is how the USDA defines a food desert.(For rural areas, not having access to a full-service grocery store within 10 miles is indicative of a food desert.) Food deserts often affect low-income individuals more because they often do not have reliable transportation to shop outside of their neighborhoods. This leaves them at the mercy of the unhealthy offerings found in convenience stores and fast food outlets within their neighborhoods.

All that has changed in the last few months. The City has been working hard to reduce the number of food deserts within its limits. Through collaborative government and community efforts, a few new, full-service grocery stores have opened around the City.

The first one is the brand new Save-a-Lot on South Jefferson. This store opened in December 2013 at an old Foodland site. The store offers access to a full line of grocery products including a well-stocked produce area. While Save-a-Lot is a "no-frills" type of store, one can have access to a variety of healthy foods from all the food groups at a reasonable price. Its location on the bus line may increase access for local shoppers without personal transportation. 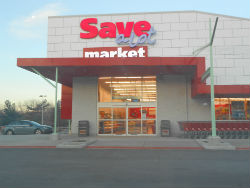 Another recently opened store is the new Aldi's near the corner of Delmar and Kingshighway. This store opened early in November 2013.  Located at an old Schnucks site, this store provides an affordable alternative to the more expensive Straub's further south on Kingshighway. Aldi's is similar to Save-a-Lot, no frills but lower prices. Like the Save-a-Lot, Aldi's provides a variety of healthy foods from all the food groups.  It is also located adjacent to bus lines.

The most exciting new store is the Fields Market off of Lafayette, just a short walk from Soulard. This store is located behind the Walgreens that is across the street from the Georgian, the condo complex developed out of the old City Hospital building. Unlike the other two stores, this store distinguishes itself by adding more frills. When you walk in, it kind of resembles Whole Foods. While not as big or as stocked with items, it has its own charm. Fields Market prides itself on sourcing its produce, meats and whatever else it can from local producers.  One unique feature is its wine bar. Customers are welcome to sip a glass of wine as they shop the store. Fields Market ups the ante when it comes to customer service too. Customers can surrender their list to eager employees who will shop for them. This full service grocery store is well-stocked with fresh produce; fresh meat, fish and poultry; and freshly-made bakery items. While smaller than a Schnucks, Shop-n-Save or Dierbergs store, there is access to the full complement of grocery items. 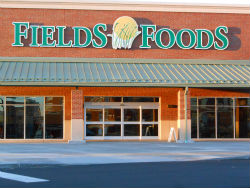 Access to a variety of healthy foods is important to building a healthy community. The opening of these new stores, coupled with efforts like the Healthy Corner Store project is contributing to a better St. Louis. However, the work is not done; access to healthy foods is only a part of the equation for a healthy community. By alleviating some of the pressures caused by food deserts and improving access to healthy foods, St. Louis has certainly taken an important step towards a healthier City.