Began his full-time career with the Water Division in 1977 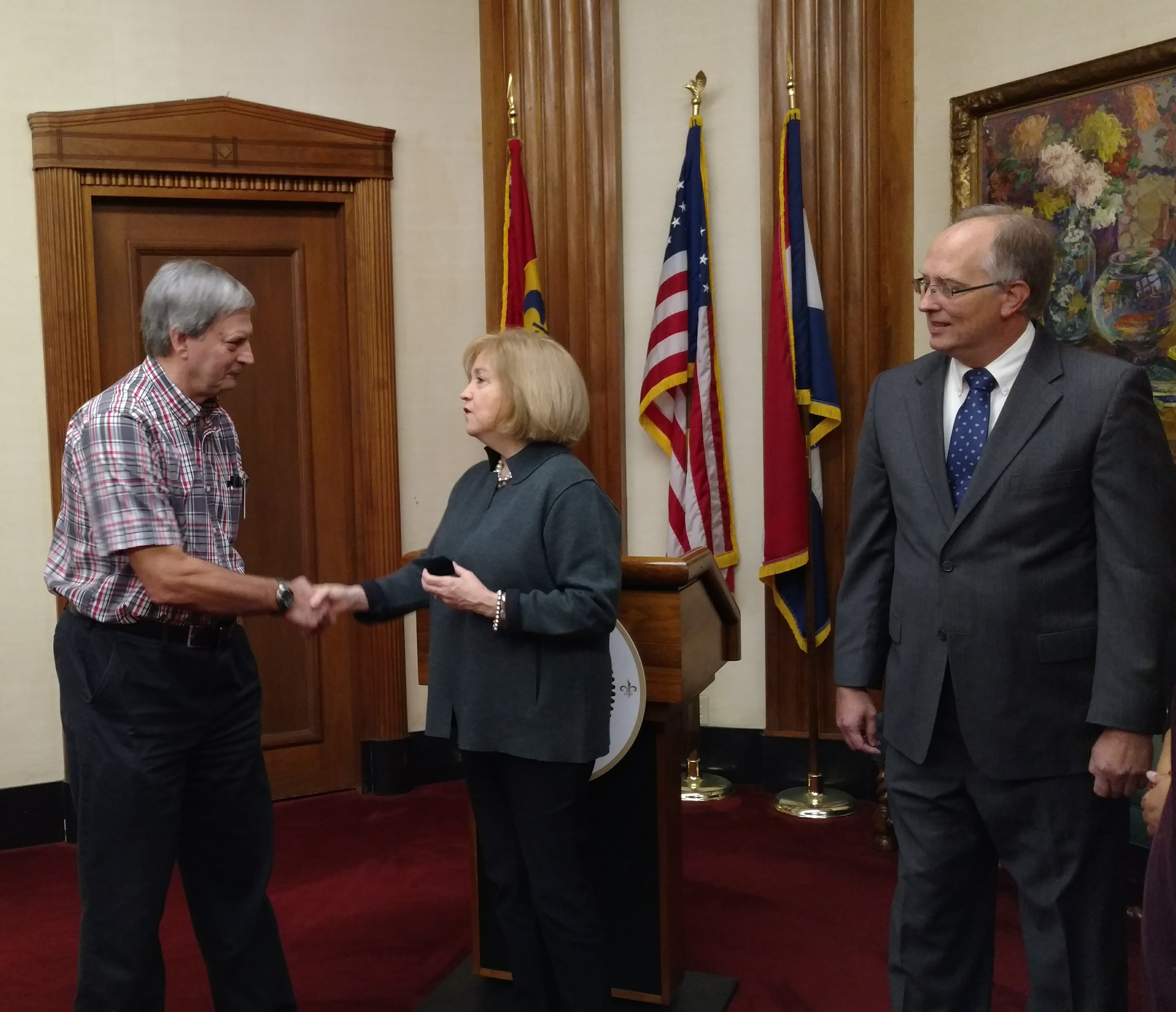 On hand for the ceremony were Public Utilities Director Curt Skouby, Director of Operations Todd Waelterman, SLATE Executive Director Alice Prince and other members of the Mayor's staff and Cabinet. 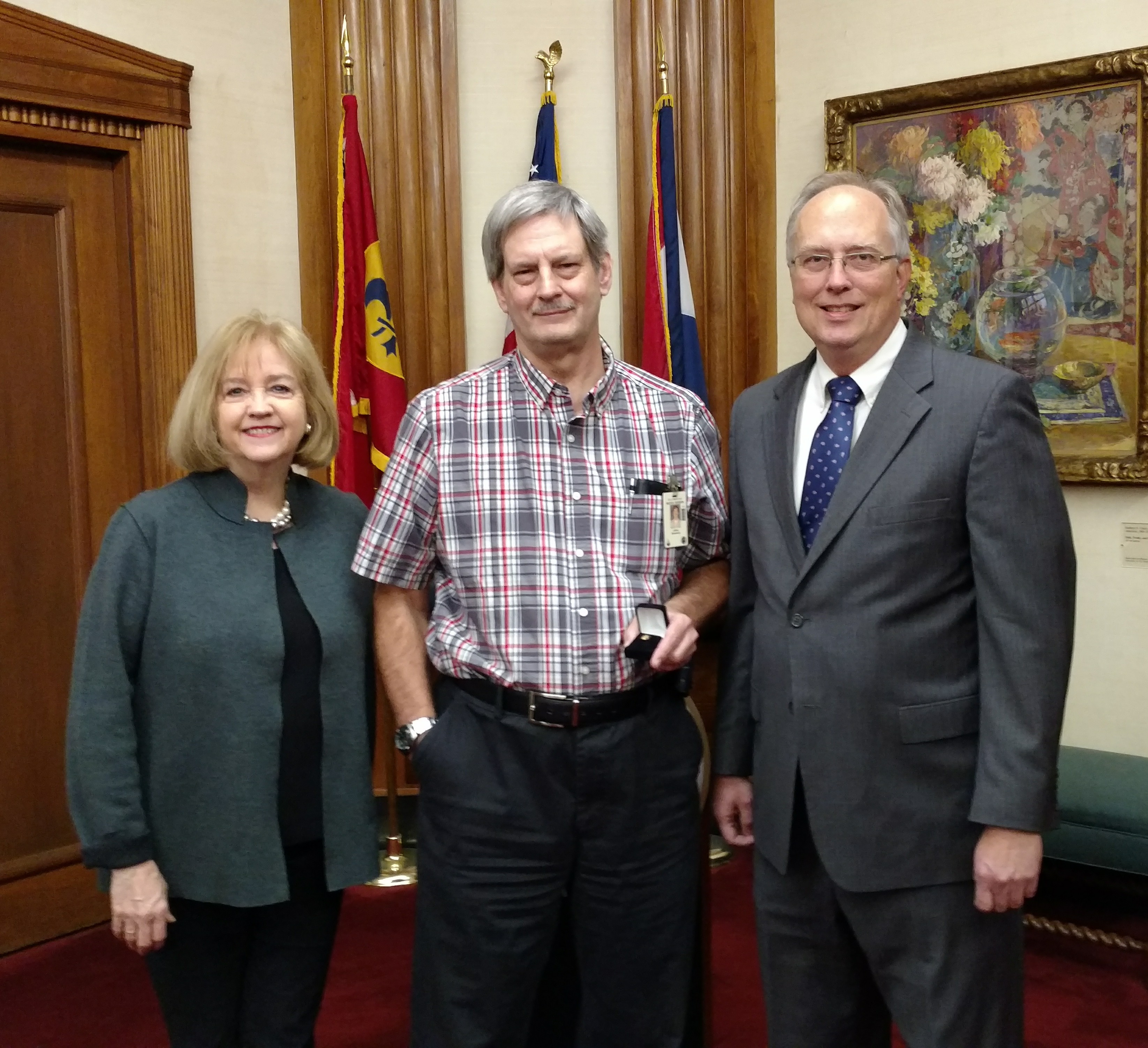 Stevenson began his career with the Water Division in July of 1974 as an Engineering Co-op from the University of Missouri-Rolla. He became a full-time employee in October of 1977. In 2000, he transferred to IT, and in 2004, he started implementing CityWorks for the Water Division. He presently serves as the Water Division's CityWorks Administrator.