Out of Destruction, Life Flourishes

Volunteers rescued dogs and cats that were injured and found loose in the debris left behind by the tornado that hit Joplin on May 22, 2011.

Like a scene from a movie with an apocalyptic scenario, the neighborhoods of Joplin, Missouri were leveled by an EF-5 tornado on May 22nd.  The Missouri State Highway Patrol took over the task of finding and verifying the status of persons reported missing due to the storm.  That list has been finalized, and all persons have been accounted for.  At last count, more than 150 people lost their lives in one of the most deadly single tornado events in our Nation's history. 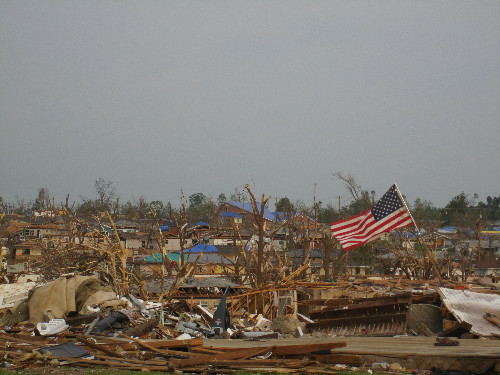 There is another list that will not be kept, except in the minds of some Joplin residents and the local Animal Control—the list of missing household pets.  Many groups and municipalities close to Joplin volunteered early to transfer stray animals out of the Joplin Humane Society in order to make room for the hundreds of owned pets they expected to find wandering in the rubble.  The Humane Society of Missouri, based in St. Louis, sent a rescue squad to assist other volunteer groups in apprehending dogs and cats that were injured and found loose in the debris.

In the first week following the storm, apprehensions were easier—animals were seeking their owners and food.  As each was apprehended, they were taken to Joplin's animal shelter to be photographed, inventoried, and listed on the agency's website for their owners to find them.  As the first week rolled on and the shelter filled up, nightly security patrols noticed animals moving through the devastated streets, looking for some sign or scent of home.  These were the sick, the injured, and the extremely scared pets.  These pets stayed hidden under piles of splintered wood, twisted metal, and crumbled stone while homeowners, contractors, and volunteers used loud chainsaws and other equipment to cut and move debris during the long, hot days.

Joplin Animal Control was informed that in the next weeks, bigger equipment like bulldozers, cranes, and semi trucks would be entering the red zone to remove the piles of debris to make room for new construction.  It was decided to make one last effort to ensure those piles did not include anyone's pet who had survived the storm.

St. Louis City Animal Control sent a single Animal Control Officer (ACO), Jill Speicher, with a truck loaded full of 32 cat traps.  ACO Speicher joined the project with team members from the City of Nixa, the City of Monett, the City of Aurora, the City of Springfield, Saint Charles County, Greene County, the Humane Society of Missouri, and the American Society for the Prevention of Cruelty to Animals (ASPCA).  The week-long trapping project rescued 134 animals from the rubble, placing them in the care of Joplin's Humane Society for identification, medical treatment, and the hope of reuniting them with their owners.

The plan was simple—go into the red zone at night, set traps for the dogs and cats left, remove them by the morning—but the execution was grueling.  Day 1 consisted of loading up supplies in St. Louis before driving 4.5 hours down Highway 44 to reach Joplin.  That afternoon consisted of project briefings, mapping, and tours of the proposed trapping areas.  As the sun set on Day 1, the real work began.  ACO Speicher and her partner found cats, lots of cats.  Luckily, a lot of them were very tame and some could be apprehended with a hushed voice and a soft touch.  For the rest, traps were set with bountiful mounds of cat food in the areas where they had been spotted.  The smell of the food proved to be very inviting for most of the cats she found over the week long project.

As the sun began to rise after the first night, the captured animals were taken to the Joplin Humane Society where they were inventoried, identified, and sheltered.  ACO Speicher and the project team retreated to a small church just outside of the red zone, where the luxury of running water and a sleeping bag on a cot or classroom floor awaited them.  After trying to sleep through the day, the team began gathering supplies and cleaning traps that afternoon in preparation for the second trapping night.

During the 7-day project, ACO Speicher and her partner caught more than 60 of the 134 animals recovered.  The hope is that for some, they would be reunited with their families to comfort them during their recovery from this extensive disaster.  The rest would not be forgotten, as massive adoption events were held in the ensuing weeks with hundreds of dogs and cats being placed in new homes. 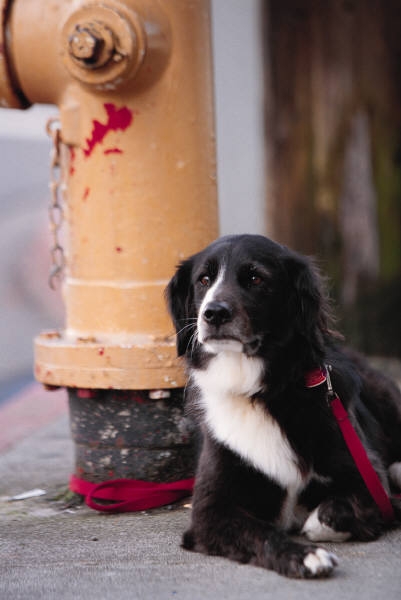 When the teams packed up to return to the far reaches of the State, a project member was overheard saying, "It was eerie to see the massive amount of destruction, in the dark of the quiet night; but then to catch movement or a set of scared eyes in the spotlight—out of this destruction, came a life…a life that needed our help."  The City of St. Louis Animal Control is proud of ACO Jill Speicher for being able to help save those lives.