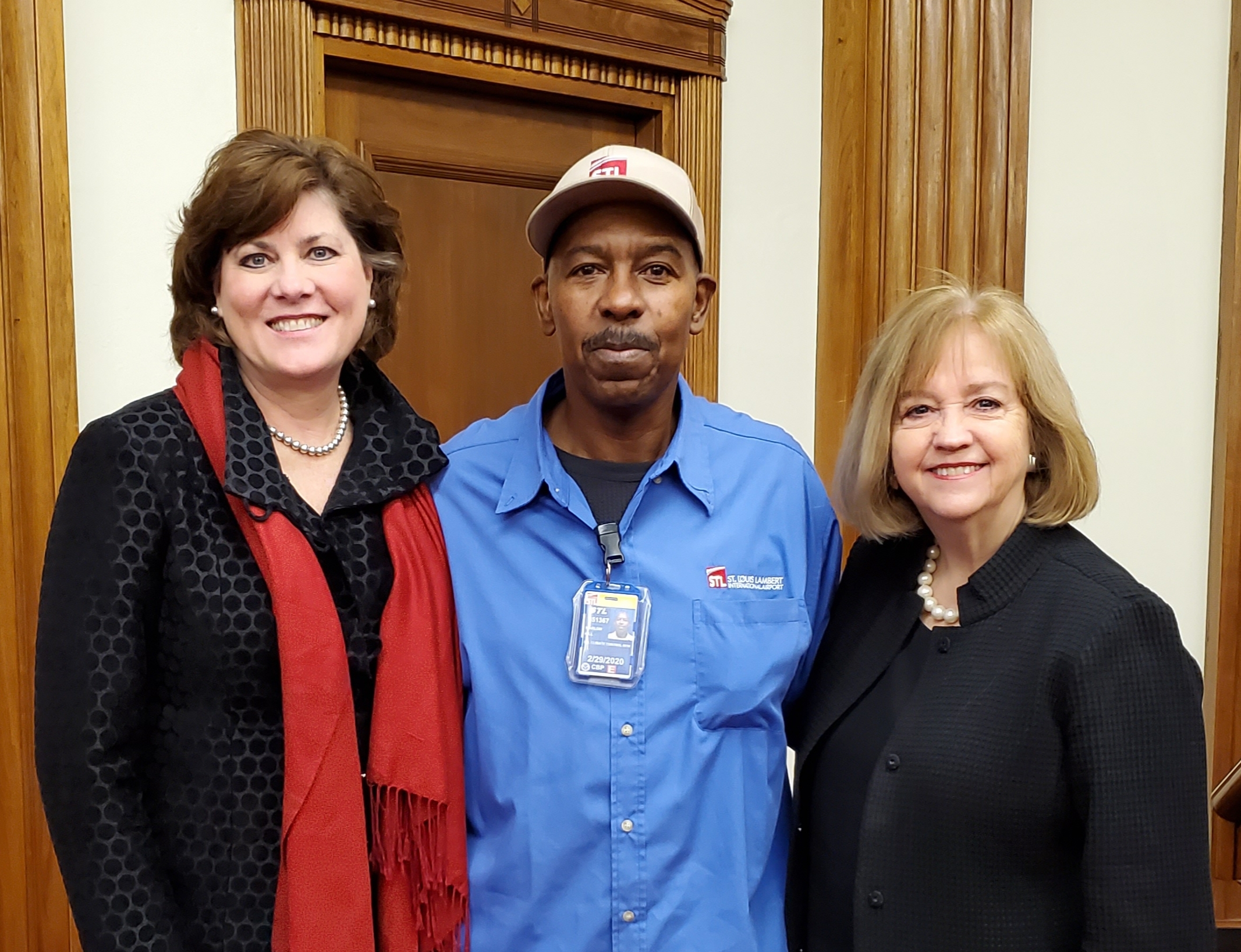 During a brief ceremony in the Mayor's Office last month, Mayor Lyda Krewson presented a 40-year service pin to Marlon Hill. On hand for the presentation was Airport Director Rhonda Hamm-Niebruegge.

Hill began working for the City of St. Louis in Sept. 1979 at the Refuse Division. In 1985, he was promoted to a position at the Airport. Over the years he has held positions in the Building Maintenance and Climate Control divisions of the Airport. He currently works as an Assistant Mechanical Maintenance Worker in the Climate Control division. He has served under five different Airport Directors.