Bradley began his employment with the City in May of 1988

During the June Cabinet meeting, Mayor Lyda Krewson recognized Board of Public Service President Richard T. Bradley, P.E., and presented a 30-year Service Pin to him. 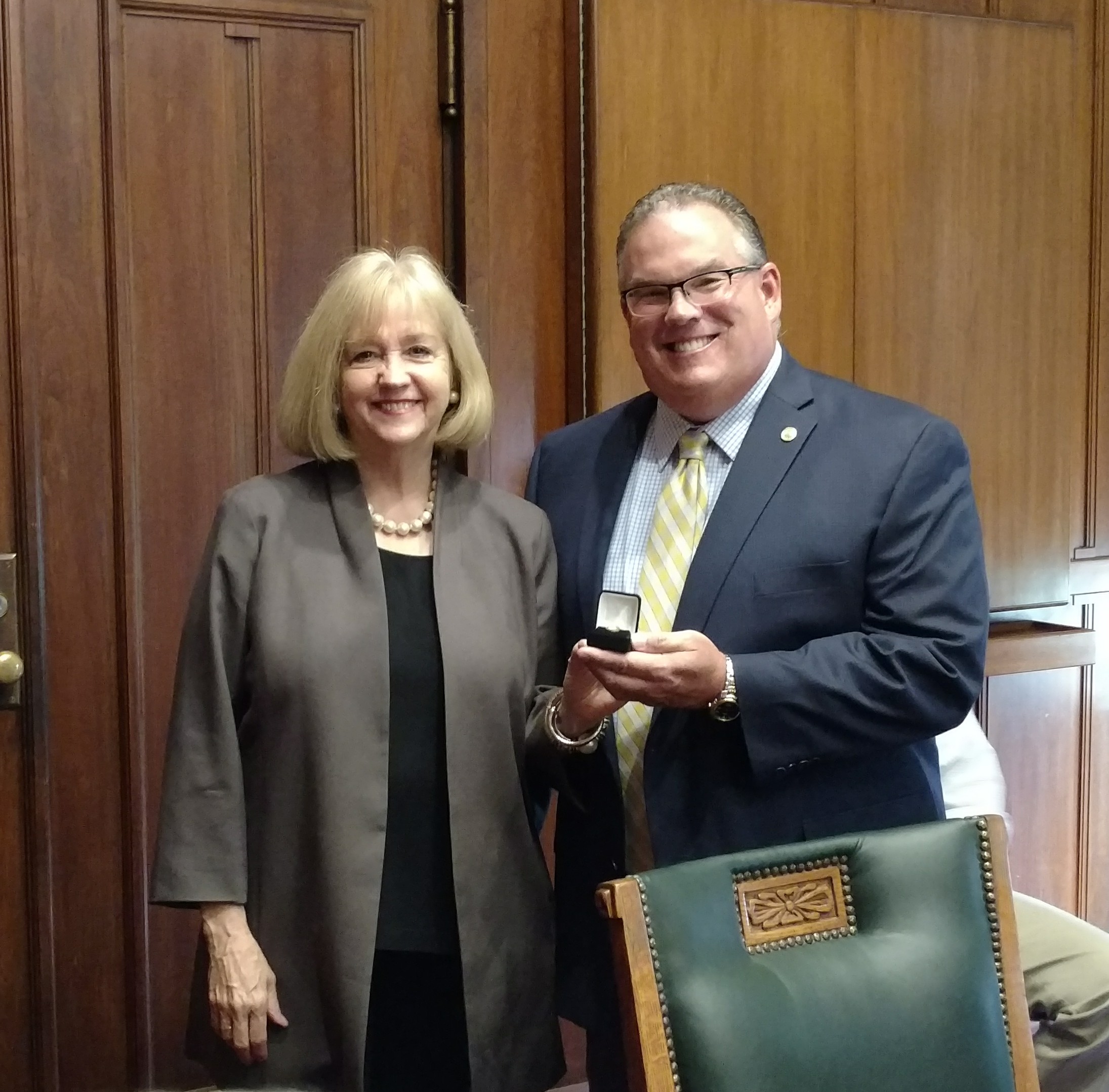 Bradley began his career with the City as a Civil Engineer I in the Board of Public Service Construction Division in May of 1988. He promoted up through the ranks, leaving BPS in 2001 to be Engineering Manager II/Chief Engineer in the Planning and Engineering Department at St. Louis-Lambert International Airport. In 2007 he was promoted to Assistant Airport Director for Planning and Engineering at the airport. He was appointed to his current position of President of the Board of Public Service in 2009 and 2013 by then Mayor Francis G. Slay and in 2017 by Mayor Krewson.

Bradley is a member of numerous professional, civic, community and volunteer organizations and boards.