Jansen began his career with the City in the Forestry Division

During a ceremony last month in the Mayor's Office, Mayor Lyda Krewson presented a 40-year service pin to Bill Jansen, a Water Distribution Supervisor at the Water Division. 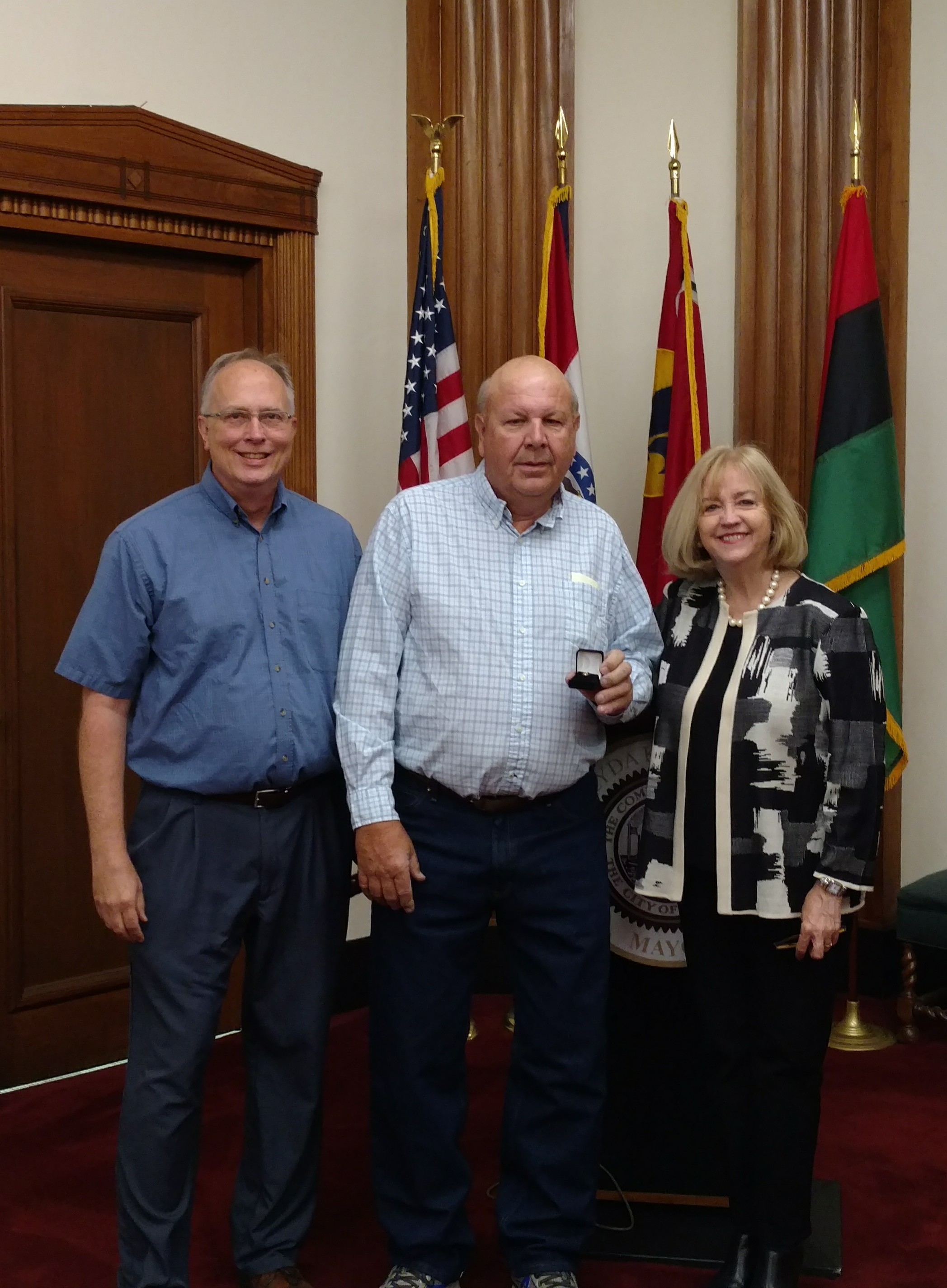 Following his graduation with a bachelor's degree in Forest Management from the University of Missouri in May 1978, Jansen was hired by the Forestry Division in September 1978 as a Forestry Foreman II. In that position, Jansen and his crews planted, removed and trimmed many of the trees in City easements throughout North and South St. Louis.

Jansen transferred to the Water Division as a Labor Foreman I in June 1981, and in that position he led the construction crew at the Historic Chain of Rocks Water Treatment Plant.

In his free time, Jansen has led crews for Habitat for Humanity, helped St. Louis Care/United Way, and currently works the kitchen on Saturday mornings at Food Outreach.

Jansen likes to say he works for a cause, not applause.

Congratulations on 40 years, Bill! Thank you for your service to the City and the Water Division.