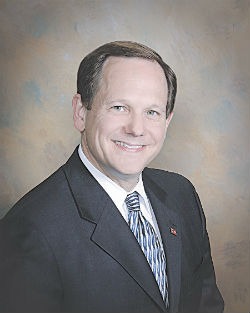 Mayor Francis G. Slay presented the Mayor's Spirit of St. Louis Award to DYNALABS today in recognition of the company as one of the fastest growing businesses in the nation and its innovations in the field of pharmaceutical testing.

DYNALABS is one of the success stories from the City's small business incubator, St. Louis Enterprise Center.  DYNALABS was founded in 2004 by two former Sigma-Aldrich executives, Russell Odegard and Michael Pruett.  In line with their innovative solutions based approach to doing business, they are in the process of launching a revolutionary point of use testing device (DVx) that will be used by hospital pharmacies across the nation to instantaneously verify the identity and strength of various high risk injectable medications.  Since entering the market in 2004, DYNALABS has effectively reduced what used to be a two-week response time in the industry, to a couple days, and with the advent of DVx, a couple minutes.

Rapid growth and demand for DYNALABS' testing and consulting services enabled the company to "graduate" from the incubator into its own headquarters at Chouteau Crossing.  DYNALABS has grown to a staff of 28 and plans to more than double that number over the next five years. 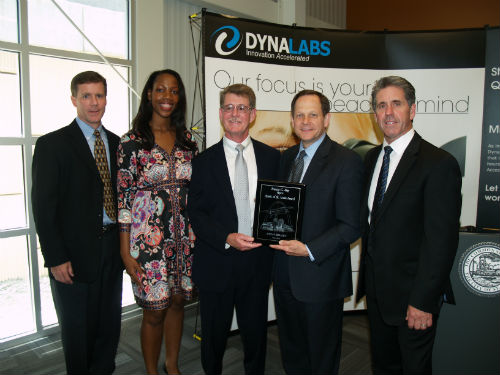 DYNALABS has been recognized nationally as one of the fastest growing businesses in America, including:

The Mayor's Spirit of St. Louis Award recognizes businesses that make major expansions or improvements to their existing locations, open or relocate to the City, and certain major City projects.  The Spirit Award program is administered by the St. Louis Development Corporation (SLDC), the economic development agency for the City of St. Louis.