Mayor Francis G. Slay presented the Mayor's Spirit of St. Louis Award last month to Switch for relocating to and expanding in the St. Louis Marketplace. 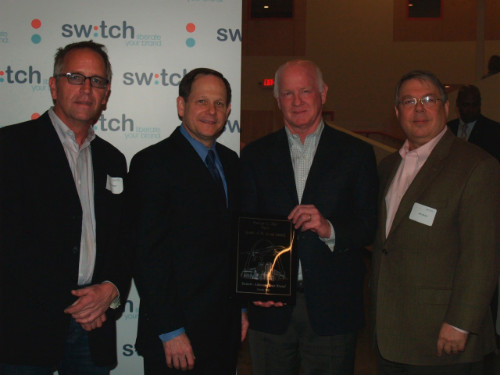 Switch creates and produces special marketing programs for clients worldwide, including live events, field marketing, digital media, and exhibits.  Since 2007, the company had operated out of three offices in the City.  In December, Switch consolidated all of its creative, production, and storage resources into the St. Louis Marketplace office and expanded the existing 66,420-sq. ft. office by an additional 30,000 sq. ft. to accommodate Switch's 100+ employees.

The Mayor's Spirit of St. Louis Award recognizes businesses that make major expansions or improvements to their existing locations, open or relocate to the City, and certain major City projects.  The Spirit Award program is administered by the St. Louis Development Corporation (SLDC), the economic development agency for the City of St. Louis.  SLDC provided site location assistance to the Switch project.