After 60 years in business, long-time corporate citizen relocates and expands in the City. 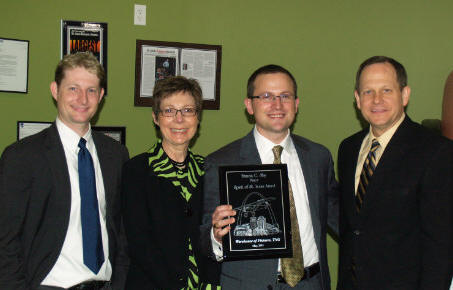 After 60 years in business at 3720 Laclede Ave., the family of company founder Arnold Singer closed the company in 2002 to make way for loft apartments for Saint Louis University students. However, grandson David Singer continued to sell the remaining office furniture as a summer job. Due to customer demand, David Singer re-opened the company in 2004 as Warehouse of Fixtures TNG, with his mother, Joanne Singer, as co-owner and long-time friend, Daniel Lohman, as CEO.

The Mayor's Spirit of St. Louis Award recognizes businesses that make major expansions or improvements to their existing locations, open or relocate to the City, and certain major City projects. The Spirit Award program is administered by the St. Louis Development Corporation (SLDC), the economic development agency for the City of St. Louis.