Reflections on Public Health Across the Globe

Join this series if you have public health observations while traveling outside the U.S.

Reflections of Public Health across the Globe

As a public health professional, I am always focused on "seeing" public health in my surroundings.  In March of 2015, I had the good fortune to travel across the globe to , specifically and Barcelona, with a side trip to Girona. While the purpose of my trip was not public health-related, true to form, I made some observations regarding how public health appears different from our own country.  Since April 6th marks the beginning of National Public Health Week 2015, I thought this might be an ideal time to share some of those observations.

was different from the in many ways with regard to public health.  I noted differences in how the country embraces sustainability.  I also saw differences in their patterns of diet and exercise, as well as the foods that were commonly available.  The issue of smoking was seemingly prioritized differently there.  Finally, I noticed a couple of things there that we might consider to be public health issues here.

appears to be very involved in sustainability when it comes to energy use and recycling.  While there, I noticed high usage of solar and wind energy within the country.   does not have the natural gas and coal reserves that we have, so they are forced to be more innovative to supply energy for their needs.  The air quality in the cities appeared to be better, due to these circumstances.

Public transportation is used extensively to get around in the big cities.  Despite the fact that most automobiles were smaller than our typical vehicles, parking in the cities appeared to be very limited.  Public transportation in the form of the metro and train systems allowed people access to all areas of the bigger cities.  We were able to take the metro to visit many of the universities and attractions located within the major cities, if they were not within walking distance of our hotels.  We took a train from to Barcelona and again from Barcelona to Girona.  While the train seemed very full of passengers, from my seat in the train I observed very little automobile traffic on the highways we passed.

Recycling was commonplace in the places I visited.  While the modern recycling bins often looked out of place in their "old world" surroundings, their presence demonstrated a huge commitment to "being green".  It likely cut down on the waste that would have ended up littering the streets too.

As a dietitian, I definitely noticed food and exercise patterns.  I can confirm there is such a thing as the Mediterranean diet.  Fish and seafood were a big part of the meals in , with many varieties of paella as the signature dish.  Olives and olive oil were incorporated into many meals; in fact, olive oil was consistently served with bread instead of butter.  Lots of fruits and vegetables were available across the country.  Wine was available at lunch and dinner.  Croissants and other pastries were very common as well  .However, portion sizes were often smaller.  When you are eating tasty, high-quality foods, a smaller amount can satisfy.  While fast food eateries were present as a dining option, they certainly didn't dominate the landscape. 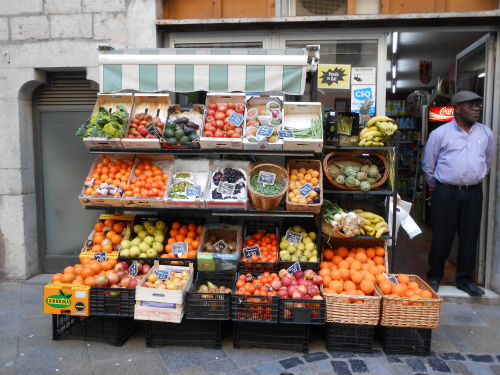 It was interesting comparing the snack foods we have here versus there.  For example, one of the common snack foods here, a cheesy, orange puff, looked quite different over there.  The snack had a stronger cheese smell and a much lighter color.  This may be due to the fact that some food additives that are allowed here are not allowed in other countries like .  The product likely had a different formulation altogether.

Eating patterns were different too.  Breakfast seemed to be a smaller meal.  Lunch was often a larger meal, usually served a little later in the afternoon (around ) than when Americans typically eat lunch.  Dinner was usually served late in the evening, beginning around While this eating pattern might seem disastrous to us, it works in because of the physical activity that people in get.  They typically walk more than Americans do and walk around in the city streets after dinner, rather than curling up on a sofa.  In fact, most of the people I observed did not appear to have issues with being overweight or obese. 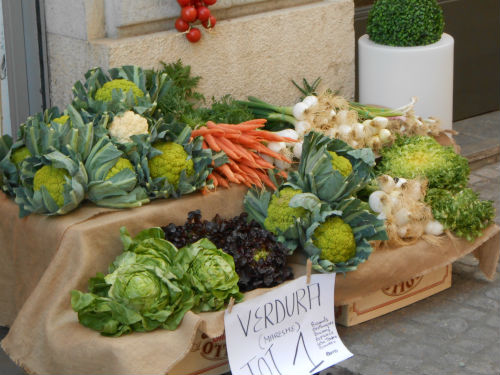 Smoking was one area that could improve upon.  Smoking appeared to be very popular amongst people in .  It also seemed to be allowed or tolerated more broadly than we see here.  Open air dining attracted more smokers as smoking was not permitted within many restaurants.  It was a little disappointing to have so much unintended exposure to second-hand smoke.

While the cities I visited in were very beautiful and exhibited "old world charm," there were two issues that marred that: graffiti and pet waste.  Graffiti was everywhere in the cities I visited.  When we see an area in the that has a lot of graffiti, there are often safety concerns that come to mind.  However, I also came to learn that graffiti in takes on a different meaning than it does in the .  Graffiti seemed more like art or political statements, rather than markers of potentially unsafe areas.  In fact, some store owners actually commissioned the graffiti art for their security gates to control what was placed there.

Pet waste was another big problem.  Pet owners were allowed to walk their pets in the city areas, but not required to clean up after them.  Due to a lack of green space in many city areas, this meant that you had to be very careful where you stepped when walking on the sidewalk.  As a pet owner who is particular about cleaning up after my own dogs, I found this aspect very unpleasant. 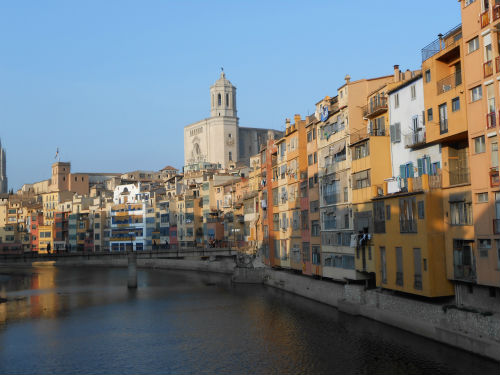 Overall, I enjoyed my time in .  Visiting provided me a wonderful opportunity to get a glimpse of what public health looks like in another country. I hope you have enjoyed a look at through my eyes.  I think it would be interesting to see what public health looks like in other countries from the perspectives of others.  I would love to expand this article into a series to do just that.  Have you traveled outside the ?  Do you have some reflections to share about how public health is envisioned and implemented in a different country?  If so, please contact me at JonesL@stlouis-mo.gov.  I would love to share your observations with others and help them to "see" public health and its global impact.