With the St. Louis Smoke Free Air Act in effect, designated areas set where City employees and visitors to the City Government Complex may smoke.

After several years of discussion and debate, the City of St. Louis went smoke-free on Jan. 2, 2011, in accordance with the Smoke Free Air Act (Ordinance #68481). The main goal of the act is to improve indoor environmental conditions of public places and to protect public health. The act was adopted by the Board of Aldermen to enhance public health in the City by working to eliminate secondhand smoke in public places and workplaces.

The Smoke Free Air Act bans smoking in "All enclosed facilities, including buildings and vehicles owned, leased or operated by the City of St. Louis." Enclosed area is defined as "all space between a floor and ceiling that is enclosed on all sides by permanent or temporary walls or windows (exclusive of doorways), which extend from the floor to the ceiling." Therefore, smoking is banned in all public and non public parts of City Hall and 1520 Market Street.

Smoking will only be allowed on:

1. City Hall property at the picnic tables located by the Laclede statue on the Northwest corner of City Hall. 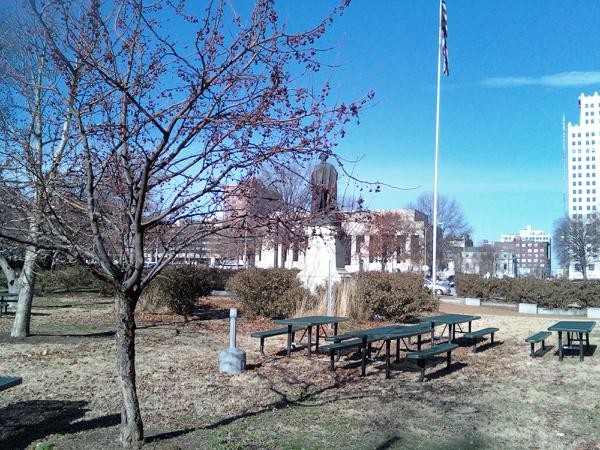 Plans are underway to put up a small shelter at the picnic tables.

2. 1520 Market property on the sidewalk at 16th and Walnut (the Southwest corner of the building). 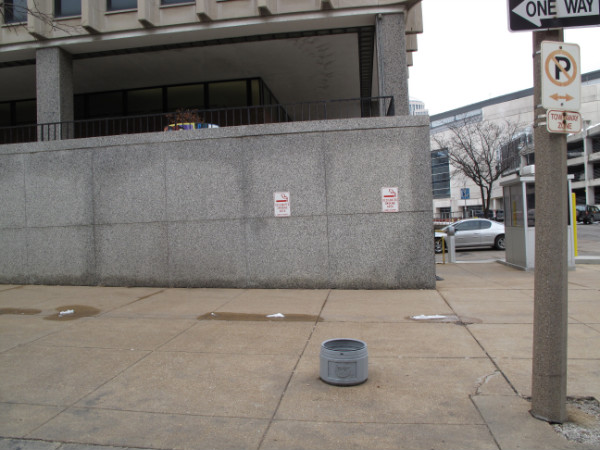 Smoking will not be allowed at any other location at the 1520 Market building including back entrances, the basement garage, the after-hours custodial area, the dock area, and the balcony areas in the front and sides of the building including the City Courts entrance.

A person who smokes in an area or vehicle where smoking is prohibited shall be guilty of an infraction, punishable by a fine not exceeding $50. To report any possible violations of the Smoke Free Air Act, please call the Citizens' Service Bureau at (314) 622-4800 or send them a tweet at @stlcsb.

To view or obtain a copy of the Frequently Asked Questions about the Smoke Free Air Act , please see the associated document below.