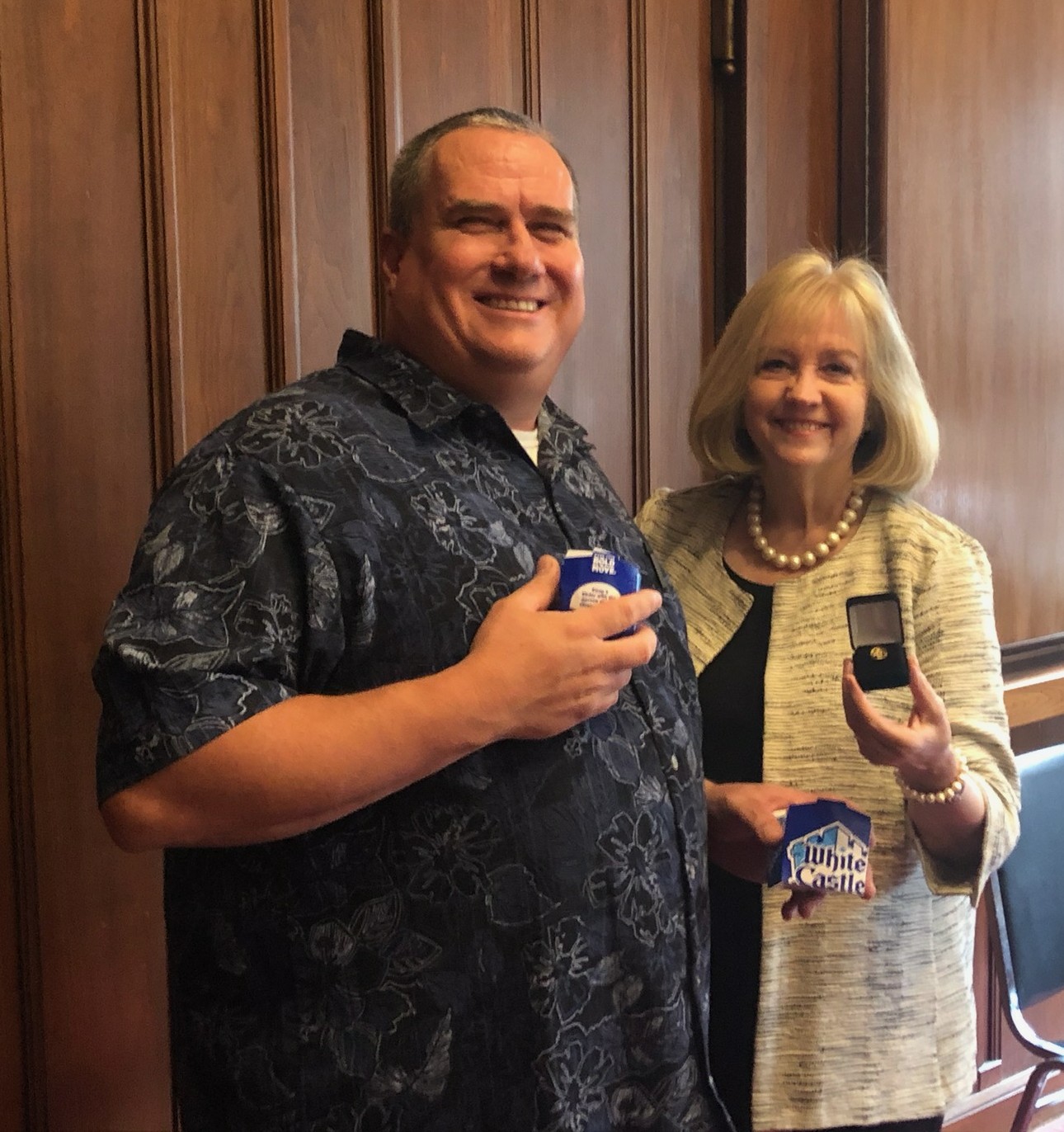 During a brief ceremony last month before the start of the monthly Cabinet meeting, Mayor Lyda Krewson presented Todd Waelterman, Executive Director of Operations in the Mayor's Office, with his 30-year service pin -- and a couple of his favorite White Castle sliders.

Waelterman started with the City on May 17, 1989 as a Civil Engineer in the Board of Public Service. In December 1993, he went to the Street Division to be Deputy Commission. While at the Street Department, he oversaw prep/clean up of many snow and ice storms, severe weather cleanups, Operation Brightside Blitzes and the visit by Pope John Paul II in 1999. In January 2000, he became Street Commissioner and in December 2006 he was appointed Street Department Director. He has held his current position in the Mayor's Office since February 2015.

Congratulations, Todd! Thank you for your dedicated service.