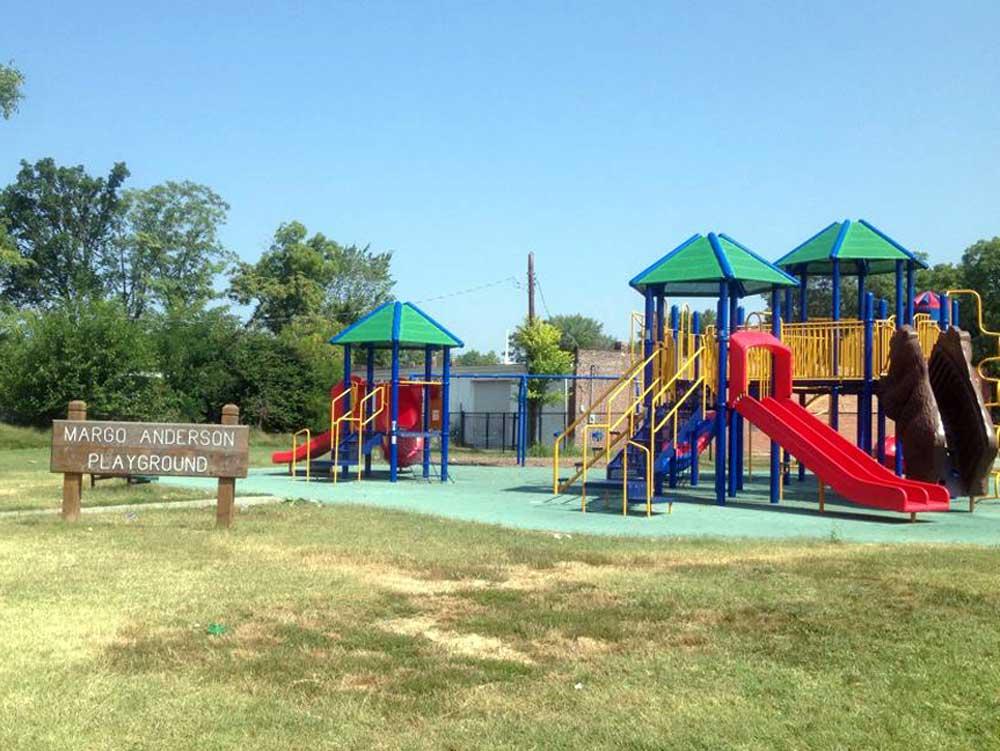 The park is made up of a playground and a field.

The playground is dedicated to Margo Anderson. Her work in the local community led to the playground being dedicated in her memory on June 30th, 2011.

Margo Anderson was born February 11, 1943 in St. Louis to James Williams and Thelma Chandler. She loved everyone around her and never met a stranger. She was a mother to many and a friend to all.

Margo was a dedicated teacher and worked for Headstart for over 20 years. She was a parent volunteer with Mathew Dickey Boys Club and worked on various neighborhood improvement projects.

Margo was a dedicated servant for many years as a Board Member of Union West Community Corporation, the local housing organization. She actively served as the block captain in the 1400 block of Temple Avenue for many years and was one of the best neighbors throughout the City of St. Louis.

Up until the day of her death on May 17, 2010, it was always a dream for Mrs. Anderson to see a playground in the neighborhood that would provide a nice and safe place for children to play.