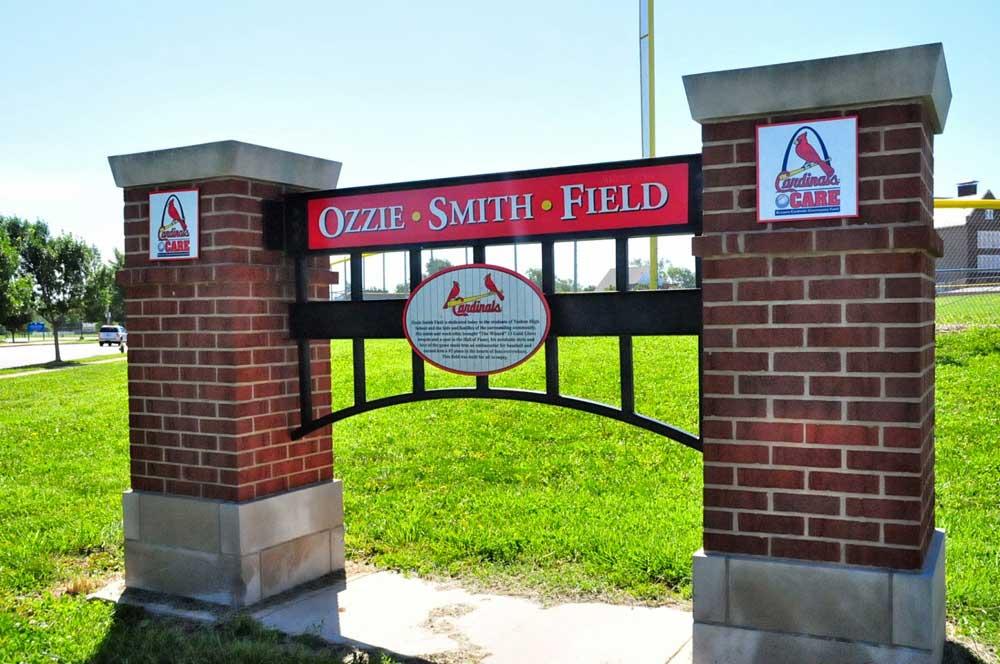 The park used to be called Garrison-Brantner-Webster (street surrounding the park) but was changed to Jet Banks Park.

He was a staunch advocate for Harris-Stowe University in Midtown:

In the 1970s, Banks also shepherded legislation merging Harris-Stowe, a historically black St. Louis college that was financially struggling, into the state higher education system -- an achievement Caskey cast as "one of his finest hours."

"There would not be a Harris-Stowe State College had it not been for Jet Banks," said Henry Givens Jr., the college's longtime president who also credits Banks with expanding the school's degree offerings from one to a dozen.

The park is the home to a Cardinal's Care ball field. This one dedicated to beloved Cardinal shortstop Ozzie Smith.