Overview and amenities for Kaufmann Park 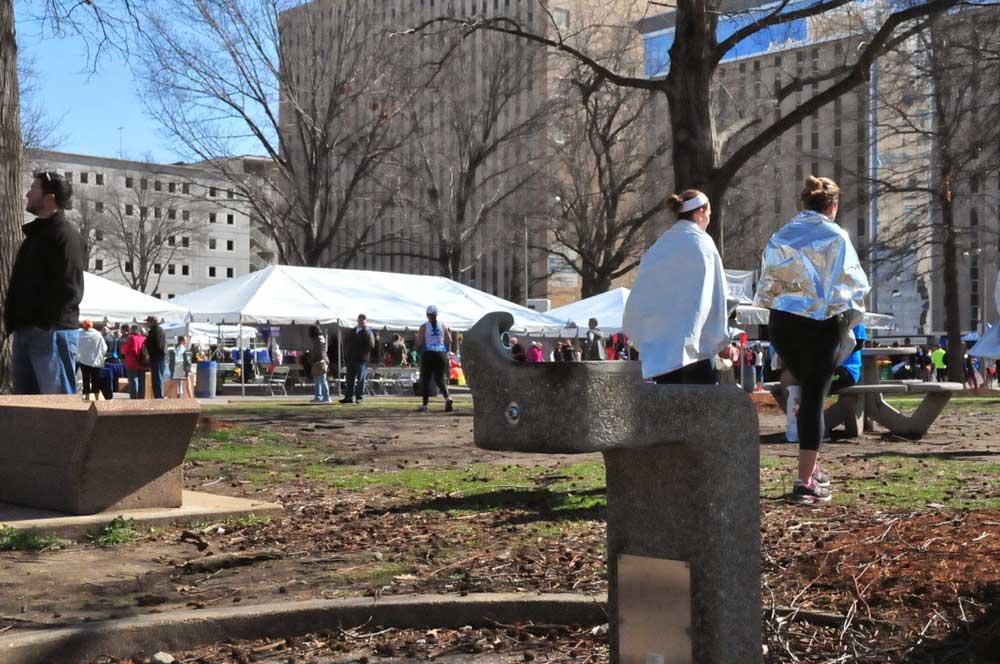 Kaufmann Park is one of a series of six parks along Market Street in the Downtown West Neighborhood. Working west from Tucker Boulevard and Market Street you have Poelker Park, Washington Square Park and Kaufmann Park, then Memorial Plaza Park (including Eternal Flame Park and the one across from the Park Pacific which is not listed on the city website), Aloe Plaza and Aloe Plaza West. The beautiful and peaceful Soldier's Memorial Military Museum is also part of this stretch of land.

The park, 1 of 111 in St. Louis, takes its name from Aloys P. Kaufmann, the last Republican mayor of our fair city.

Aloys P. Kaufmann was born in St. Louis in 1903. He began his political career in 1936 when he became head of the Republican Party City Central Committee. In April 1943 he became President of the Board of Alderman and later that year he succeeded to the office of Mayor upon the death of Mayor Becker. In November 1944, Kaufmann was elected to serve out the unexpired term of Mayor Becker and in 1945 he was re-elected to a full four-year term by a two-to-one majority. In 1949, Kaufmann chose not to run again and entered private law practice. In 1954 he became President of the Chamber of Commerce of Metropolitan St. Louis. Kaufmann also served as Bi-State Development Commissioner, Executive Vice President and General Counsel of the city’s Urban Redevelopment Corporation, and Director of the St. Louis Human Development Corporation. Kaufman died in St. Louis on February 12, 1984.