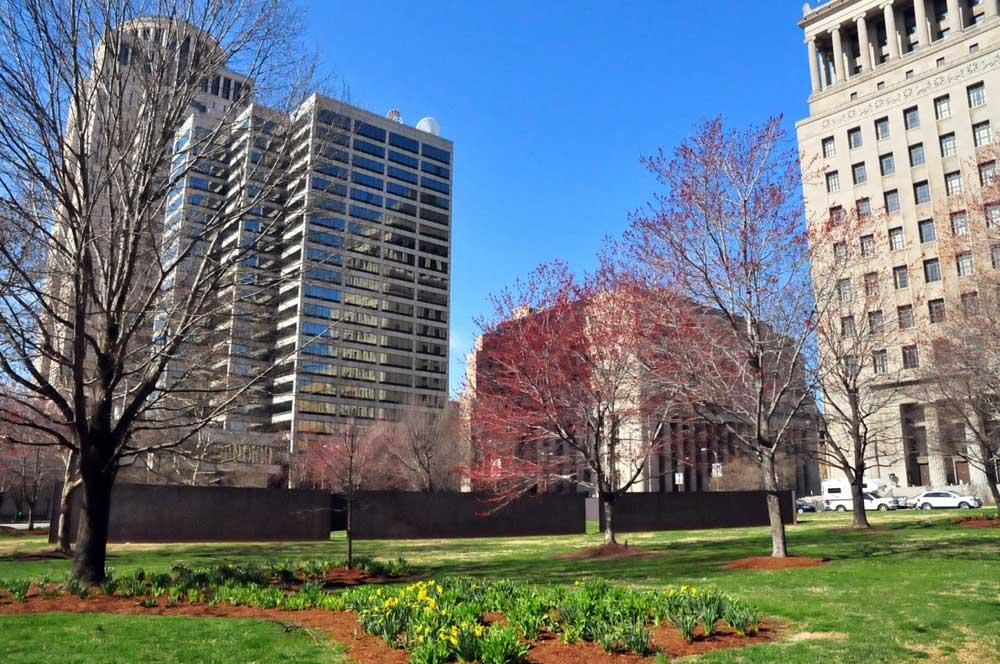 The Serra Sculpture Park is one of a series of six parks along Market Street in the Downtown West Neighborhood. Working west from Tucker Boulevard and Market Street you have Poelker Park, Washington Square Park and Kaufmann Park, Memorial Plaza Park, Aloe Plaza and Aloe Plaza West.

The park's name and claim to fame is owed to artist Richard Serra sculptor of "Twain".

Twain was riddled with controversy from its begins when the sculpture was seen as non-traditional and challenging. This work was planned and discussed back in 1974; although, through many delays, it didn't come to fruition until 1981.

Nearly a decade passed before final approval was granted for Twain. Evolving ideas about the Gateway Mall slowed the process, as well as public concern. Many in the community were wary of Serra’s design, which was neither commemorative nor ornate in a traditional sense. The sculpture required something new from its viewers: participation and a spirit of curiosity.