Overview and amenities for Christy Park 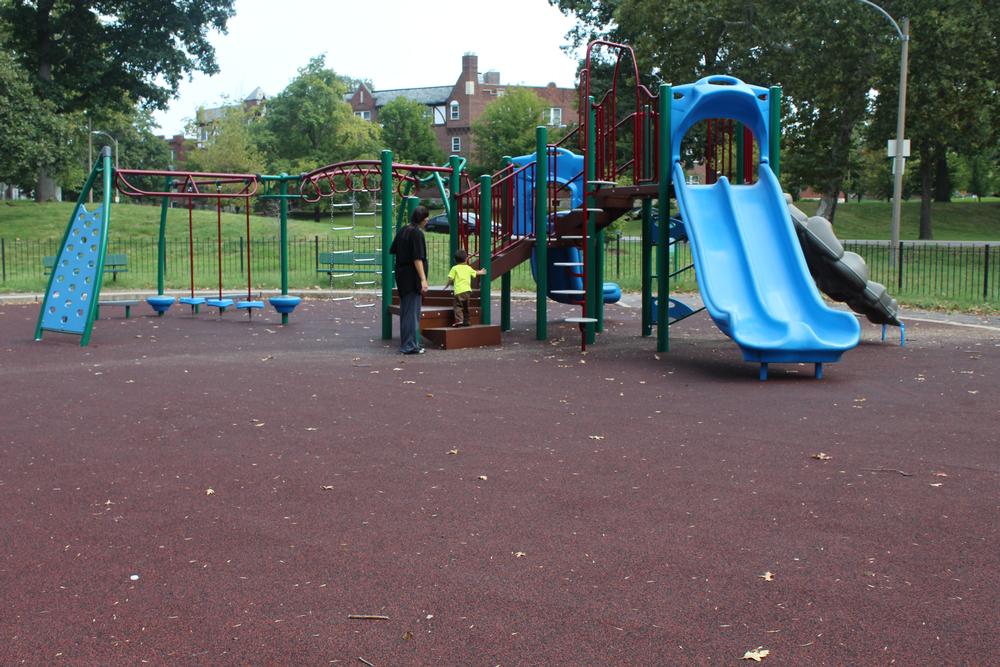 Christy Park takes its name from William Tandy Christy, who founded the firm which became the Laclede-Christy Fire Brick Company.

The park starts at the intersection of Christy and Kingshighway right by one of the coolest firehouses in the city. The park leads south from the firehouse toward one of two playgrounds.

Heading south toward Eichelberger on Christy, you will see one of the coolest scenes in South St. Louis...the Weasel Baseball Field. South City's own version of sandlot baseball.

Here's a story on Weasel Field and the league from a 2007 Post-Dispatch article.
"Weasel field is looking sharp because, for the first time ever, it plays host to the playoffs for the new Weasel League, a glorified version of neighborhood baseball. The pickup ball game that used to bring a handful of kids on bikes now features six teams and more than 60 players, some of whom drive in from surrounding counties.
One of those original kids is now 20-year-old Kenny Bollwerk, and Weasel Field has become his pet. The Vianney graduate began organizing his friends and maintaining the sandlot in 1996, and you can see the pride on his face as he walks the field.
Over the past decade, Bollwerk has built the stadium within Christy Park. Dirt was added around each base, and a mound was built for the hurlers. And if you walk down each baseline into the outfield, you'll find a deep hole: long, bright yellow two-by-four planks are inserted into each one on game day as foul poles."

As you cross Gravois, the park widens as you head toward Holly Hills Boulevard. There is simply green space on the northeastern side of Christy Boulevard and a bathroom, 2nd playground and baseball field.