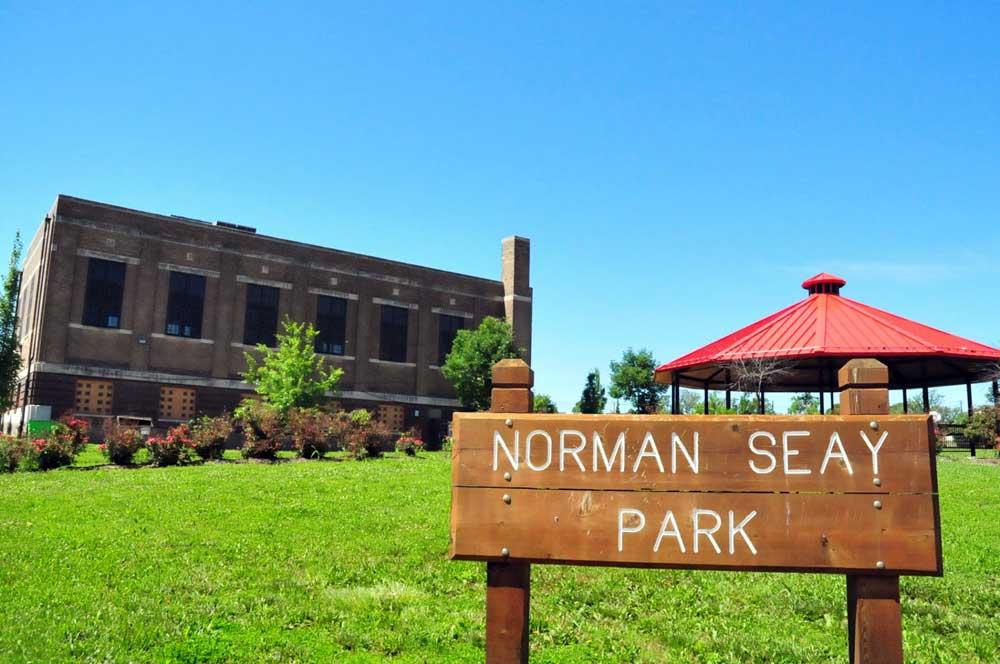 Norman Seay is considered one of St. Louis' most widely respected civil rights activists. He was also an administrator and director of equal opportunity at the University of Missouri-St. Louis in the suburbs north of St. Louis. He marched in the 1963 Jefferson Bank protests against lack of black professional hirings at the bank and other institutions. This march is considered a key chapter in the civil rights history of St. Louis.

Originally the site of the old Gamble Reservoir, Norman Seay Park was acquired by the Park system from the City Water Department in 1874. During the 1930's, a Gamble Recreation Center was built and the Park is now used as a playground.

There is a beautiful pavilion, walking path, basketball court, softball field, playground and the previously mentioned Gamble Community Center that among other things, is host to a summer camp program by the City's Recreation Division.