Overview and amenities for Gravois Park 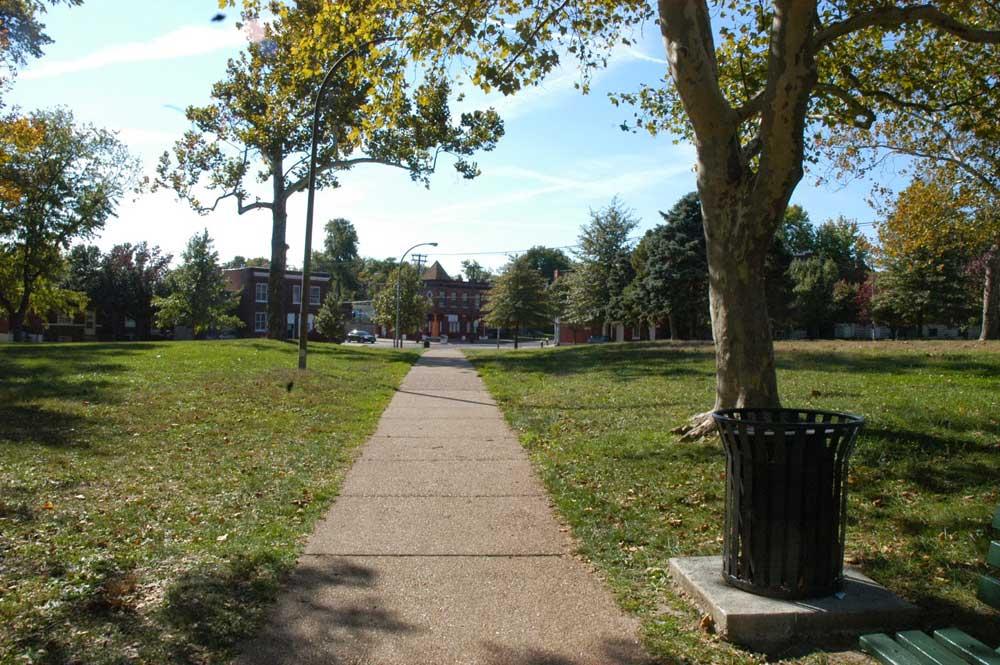 One of the original Commons grants of 1812, it is presently bounded by Louisiana and Compton Avenues and on its north and south sides by Potomac and Miami Streets. However, in its early days, this was a rather isolated location and the Park was little frequented by the public.

The park is the only one in the Gravois Park neighborhood, which lies just south of the Cherokee Street district.

The park was dedicated in the memory of Louis "Uncle Louie" Buckowitz in 1995:

Louis W. Buckowitz, a former alderman and longtime Democratic leader in south St. Louis, died Tuesday (Sept. 7, 1999) at Alexian Brothers Lansdowne Village in St. Louis. He was 92 and had been in ill health for six years. Mr. Buckowitz was active in city Democratic politics for more than 60 years and served as the 10th Ward alderman from 1977-87.Known as "Uncle Louie," he was proud of the Easter egg hunts and Christmas parties he sponsored for poor children, his influence in persuading ward voters to back favored candidates, and his vigor in helping constituents get jobs or necessary city services.