Overview and amenities for Dickman Park 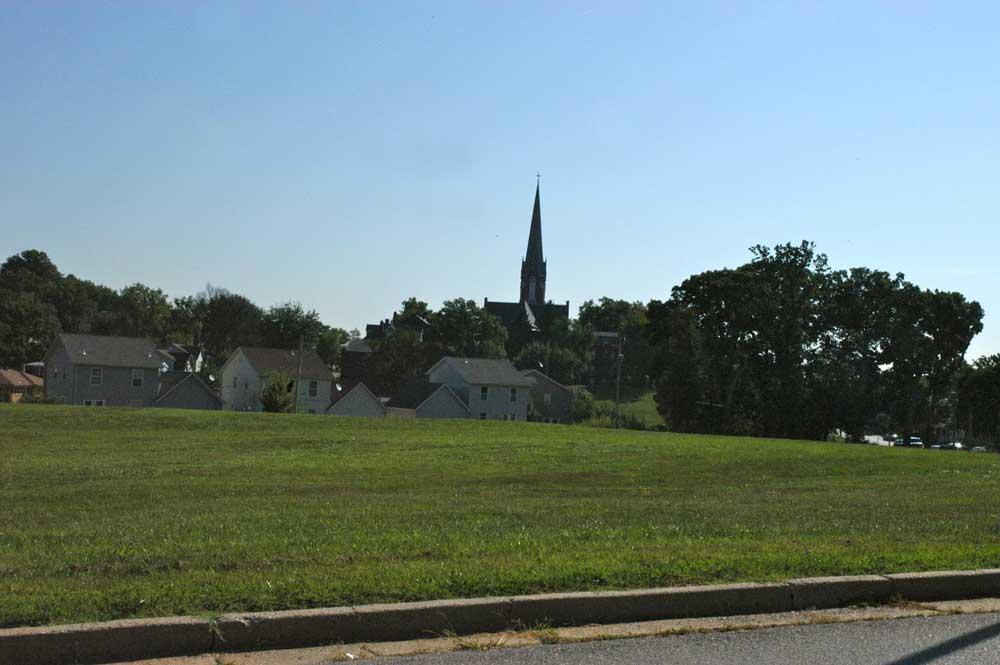 Dickman Park is named for Bernard F. Dickmann (Mayor 1933-1941). Two of the greatest accomplishments of his administration were the Jefferson National Expansion Memorial and the Smoke Ordinance.

The park is near the intersection of Newby Street, Switzer Avenue and Baden Avenue. The south side of the park is bordered by train tracks and warehouses/light industrial. There is an old hand-laid retaining wall that is still in place on the north side of Dickman park.

There are no amenities.

Visible from the park is Our Lady of the Holy Cross Roman Catholic Church' steeple. Sitting atop a hill on a 2-acre wooded site west of North Broadway, the church's steeple is visible for miles. Built in 1909, the red-brick Gothic-styled church is the centerpiece of the parish complex of buildings. It was built by German architects for a German congregation, but today serves a more diverse population.