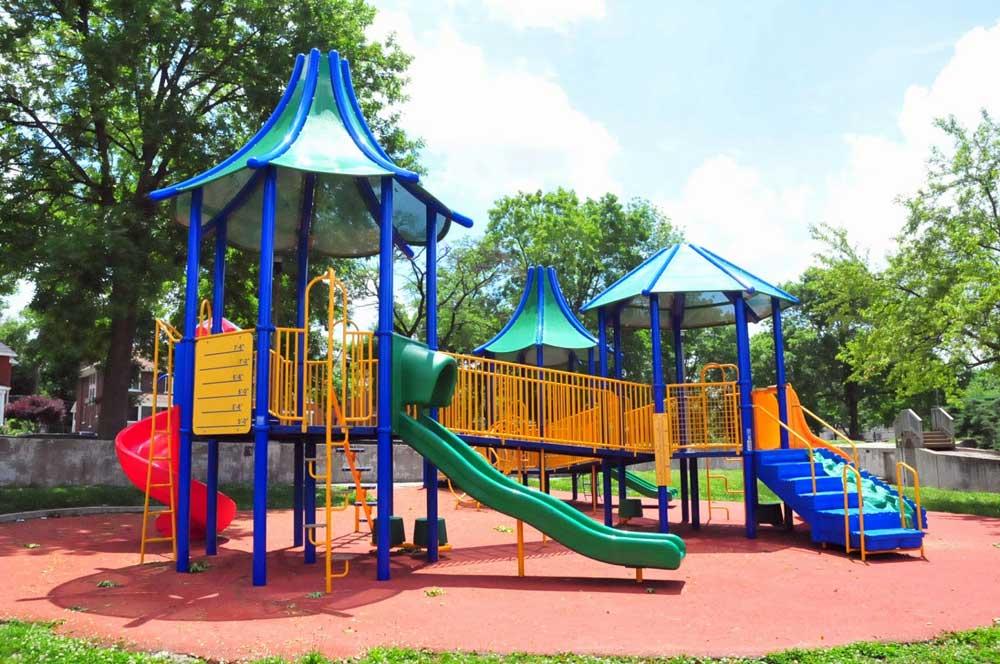 Formerly Parkland Park. This 2.35 acre park was placed into ordinance in 1968 and it totally has the feel of a late 60's early 70's park. The park is across Hamilton Avenue from a massive surface parking lot formerly serving the 1960's era Cook Elementary school, now occupied by West End Mount Carmel Community Services.

The 1960s elements of the park include 2 cannons and somewhat "fort-like" concrete walls that create a private, fortified feel at ground level, and double as a place for kids to walk along the tops of the walls.