Overview and amenities for Poelker Park 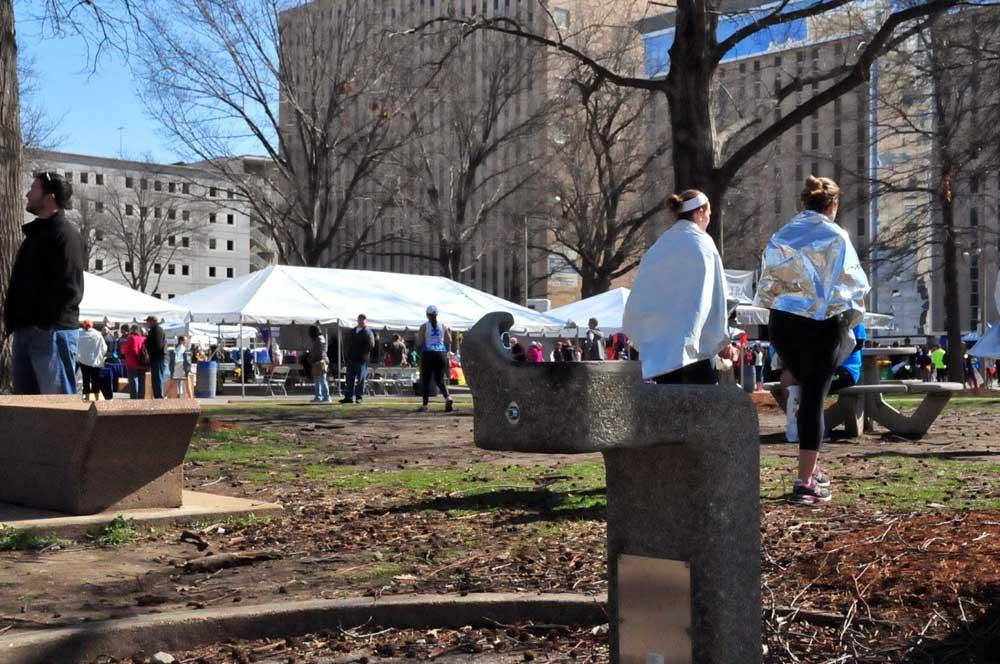 Poelker Park is one of a series of six parks along Market Street in the Downtown West Neighborhood. Working west from Tucker Boulevard and Market Street you have Poelker Park, Washington Square Park and Kaufman Park, then Memorial Plaza Park (including Eternal Flame Park and the one across from the Park Pacific which is not listed on the city website), Aloe Plaza and Aloe Plaza West.

From 1930 to 1942, John Poelker held various positions with the E. I. DuPont de Nemours Co. in St. Louis. He served as a Special Agent with the Federal Bureau of Investigation from 1942 to 1953.
Poelker's career in St. Louis government began in 1953 with his appointment as City Assessor. In 1957 he became City Comptroller and served until he became Mayor in 1973.

The one acre park itself was placed into city ordinance in 1986 and is located between Tucker Boulevard, Market Street, Chestnut Street and 13th Street.

There is also a monument to the firefighters of St. Louis.

The 1994 memorial (by R. P. Daus) has a bronze statue of a fireman carrying a little girl atop a granite base. The base is inscribed with "Dedicated to St. Louis firefighters past, present and future."

The fire department has also donated some nice benches with beautiful plaques commemorating the department.