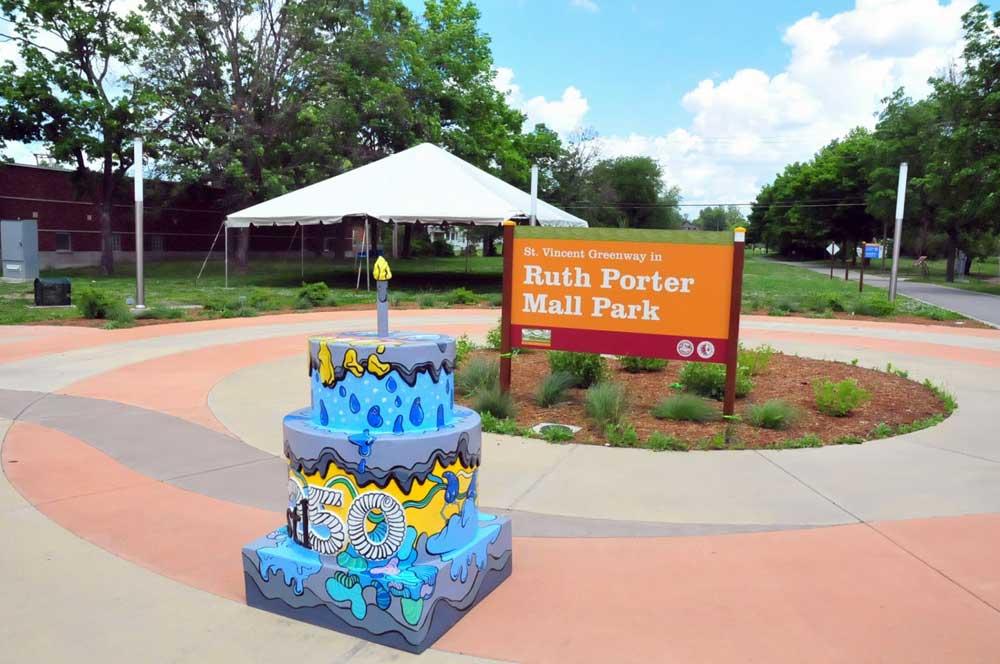 This narrow 8.12 acre strip of land from the intersection of DeBaliviere Avenue and Delmar Boulevard all the way north to Etzel and Blackstone Avenues in the West End Neighborhood.

The park is named for Ruth Porter (1915-1967). Ruth Porter was a founder and first executive secretary of the Greater St. Louis Committee for Freedom of Residence, a group organized in 1961 to break down housing restrictions and integrate housing in St. Louis. In 1958, she won an award from the National Conference for Christians and Jews for promoting racial understanding. She was named outstanding woman of the year in 1965 by the NAACP. Her tireless efforts to secure fair housing eventually led to the landmark U.S. Supreme Court decision in the Jones vs. Mayer case, which was won by residents she helped to support. At one time Porter was also director of the Kinloch YMCA and a leader in the West End Community Conference.